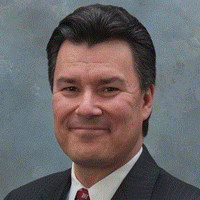 That was the question Scott Ulvi’s friend posed to him when he said he was serious about starting his own business.

“You’ve got two kids in high school, and college is right around the corner.  Why would you take that kind of financial risk?” his friend pressed.

Scott hadn’t looked at it that way until that moment.  It wasn’t that he hadn’t considered all of his options; in fact, he had analyzed them quite thoroughly.  It was just that failure wasn’t among them.

Using the equity that remained in his house, he boldly invested in the startup costs, and when the housing market began to plummet just a few months later, he knew he wouldn’t have had the means to get the company off the ground if he had waited.  Now the President and CEO of Triumph Enterprises, Inc., a 75-employee contracting firm that closed at just over $11 million in sales for 2010, Scott’s belief in his own convictions is, in itself, a triumph.  “I don’t see obstacles as problems, but as opportunities,” he points out.  “That’s how I view life in most instances, and especially in business.  Even if it’s just a learning opportunity, it’s an opportunity none the less.”

At its inception, Triumph Enterprises aimed to provide professional management services to various government entities, with its main focus being the Department of Defense (DoD).  Scott incorporated the idea in early 2005 and began hiring his first employees in February of 2006 when Triumph received its first contracts.  One such hires was Joe Maurelli, who shared the same philosophy and the same objective—to create a phenomenal small business that leveraged what they had learned in their careers to improve both large and small companies.  “Our concept was to create the next generation of federal management services company to provide program and project management services to the federal government,” Scott explains.  “We wanted our company to be good at everything that we decided to do and great in a few key areas.”

He grew up the oldest of six children in a family of modest means.  College was never discussed in the Ulvi household, and Scott knew it wasn’t in the cards for him, so when he crossed paths with a Navy recruiter shortly after graduating high school, he promptly signed up for a six-year commitment.  “I didn’t even get out of boot camp before realizing that the Navy wasn’t for me,” Scott remarks now.  “Still, I stuck with it for five years until I blew my knee out and was placed on medical hold.”

After he underwent surgery for his injury, Scott was discharged from the Navy and married his wife Toni, whom he had met in Mayport.  Though he had been trained on radar systems, he instead hoped to build a graphic design business, but as fate would have it, he was asked to interview for a position with a defense contracting company in Washington, DC.  “My wife had lived in the Jacksonville, FL area all her life, so it was a big transition,” he reports.  Within a year of relocating to Germantown, MD, their first daughter Paige was born, and Scott soon realized that he couldn’t afford to raise a family in the DC metro area making only ten bucks an hour.

His supervisors, nodding in agreement, gave him permission to work all the overtime he needed to earn enough cash, so Scott found himself sweating through 14-hour days just to pay the bills.  “I certainly wasn’t a hard worker growing up,” he reflects honestly.  “The work ethic I displayed wasn’t inherent, but bred of circumstance.  When we moved to DC, it was sink or swim, and I had my family depending on me.”

Scott remained with that company for over two years, and because of his strong loyalty streak, he likely would have remained there indefinitely had his contract been extended.  As it was, however, he could no longer work the overtime he needed to make ends meet, so he began looking for his next step.  “Life presents us all with moments where we have to make difficult decisions, and that was certainly one of them for me,” he reflects now.  “Fortunately, the contracting business is all about relationships, and I had a customer from my prior position who believed in me and wanted to help me out.”

That customer paved the way for Scott to acquire his next position, which he held for 11 years until that company was acquired by Anteon.  After staying on for several years longer, he realized it was time to make his next career move, but wasn’t sure exactly what that move should be.  “Every time I’ve come to a turning point in my life, someone has been there to guide me to that next opportunity,” he marvels now.  “I’ve never been a hundred percent qualified for any of the jobs I’ve acquired, but that has always just inspired me to work harder because I never want to let down that person who gave me the opportunity.”

It was in accordance with this idea that Scott accepted an offer of employment when he was invited to run the DoD’s Mentor-Protégé Program, and he was soon serving in that capacity with as much skill as if he had done it all his life.  “I loved everything about the program and how it was about people helping people,” he affirms.  “It was about companies helping other companies to take their current abilities and accelerate them.”  Scott himself mentored seven companies in the five years he served as Program Manager, and in that time he acquired a wealth of invaluable first hand experience across a broad spectrum of successes and failures.

“I had observed all sorts of regular people doing all sorts of irregular things and engendering all manner of results, and I decided to do something with that intelligence,” he confirms.  “I really thrived from being around entrepreneurs—people who were big thinkers and big risk-takers.  Seeing so many others pursue their entrepreneurial goals gave me the confidence to try it myself.”  Scott left behind his role as a Mentor in the Mentor-Protégé Program in 2002 but has continued to support the DoD with this program ever since, and the myriad lessons he learned continue to enrich his professional journey.  Ray Lopez, the CEO of Engineering Services Network, and one of his former Protégé companies, hired him on for several years; subsequently, Triumph was born.

Triumph is now 8(a) certified and is designated as a Service-Disabled Veteran-Owned Small Business, but perhaps the most remarkable and lucrative concept behind its operation is the fact that Scott has been leading his team in accordance with a Ten Year Plan.  Such forward-thinking roadmaps are remarkably scarce in the business community, as many business owners lead such hectic lives that they are forced to live year-to-year and even month-to-month.  “To determine this plan, I looked at my age, my family, and where we were in our lives,” Scott explains.  “I knew I had to persevere, even when people would say I couldn’t do it.  My wife was 100 percent supportive, and knowing my family was counting on me was a huge incentive to succeed.”

While the first five years of his ten-year vision have been about surviving, the success that Triumph has already achieved suggests that the next five will be about thriving.  In fact, Scott has his sights set on evolving the company into a $100 million enterprise by the end of 2015.  “I rarely hit the targets I set for myself because they’re so aggressive, but I’m usually close,” he explains.  “Setting goals in this fashion ensures that I’m always pushing myself to the limits and beyond instead of adjusting the expectations I have for myself.”

Though Scott has accumulated a vast portion of his knowledge stores through the professional experiences of his past, it comes as somewhat of a surprise that some of his most valuable business lessons were learned not in the office, but at home.  Raising his two teenage daughters Paige and Brooke, for instance, has figured prominently into his leadership philosophy and has made him a better developer of others.  “In my mind,” he explains, “leadership is less about leading and more about listening and about helping people achieve what they want to achieve while keeping them focused on what it is that I, as the leader of the enterprise, am trying to achieve for the good of the company.  In this sense, parenting has been the most important leadership training I’ve had.”

In advising young entrepreneurs entering the workforce today, Scott echoes the same advice he’s given the daughters that have taught him so much, which is to find the thing you love to do and do it.  “If the thing you love to do doesn’t produce tremendous wealth, so be it,” Scott challenges.  “True passion comes from within and is not externally motivated.  Find out what it is that you wake up in the morning and are excited to do, and then seek out every instance where you can create an opportunity to engage in those things you’re truly passionate about.”

Beyond creating opportunities to pursue passion in one’s life, Scott also highlights the importance of creating opportunities to pursue knowledge.  This can be done through actively choosing to spend time with people who inspire progress and success through their examples and perspectives.  “Spend a lot of time listening and paying attention to what’s going on around you in people—what they’re thinking, what motivates them, and what you can learn from them,” he urges.  “I can’t think of anything more informing than those you choose to spend your time with.  My best business decision, by far, has been to surround myself with the right people.”

By employing these strategies in his own life, Scott and his team have created a company that has accomplished things in its fledgling five-year existence that many companies don’t achieve in a decade.  “We’re proud of this evolution,” says Scott.  “It is my thinking that companies should take their first handful of years to gain solid proficiency at being a business and delivering service, and should then focus on improving, improving, improving.  Because we’re so process-focused, it’s great for us to recognize that many of these processes have already reached that improvement stage, while the others are nearing it.”  Aiming for perfect and emerging somewhere in that vicinity, Scott’s example is a testament to the practice of preparing, of planning, and ultimately, of prospering.