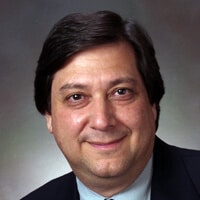 When you look back at your greatest decision, what do you hope it will be?

Will it be catching the wave of your most passionate calling in life and riding it all the way onto the shore?

Will it be finding that perfect person with whom you will spend the rest of your life with after waiting patiently as other people came and went?

Will it be assisting a company to almost quadruple in size with your own hands, expanding from $30 million to $110 million in revenue in only six years?

Now the President and CEO of MCR, LLC, Neil Albert can safely check “yes” after each of these accomplishments, a prime demonstration of how harnessing ones niche can yield a remarkable track record.

MCR was founded in 1977 by Dr. Gerald McNichols, who was also one of the founding members of the Office of the Secretary of Defense Cost Analysis Improvement Group (CAIG).  CAIG performed independent cost estimating services for the Department of Defense (DoD), but Mr. McNichols felt the entrepreneurial blood flowing through his veins and decided to try his hand at building his own company.  With that, MCR was launched in his home.  By the mid 1980s, it had expanded significantly, handling an array of projects for the Write-Patterson Air Force Base and for the Navy.

Aiming to attract the best and brightest to his team, Dr. McNichols catalogued his network of associations throughout the cost analysis arena, and his sights fell on Neil almost immediately.  When he decided to pursue a bid to open an office in Boston, he knew Neil was the man for the job.

“At the time, I was working at Textron Defense Systems in Wilmington, Massachusetts, supporting peacekeeper missile and other tactile weapons development as the head of their cost estimating organization,” Neil remembers.  “I loved what I was doing and wasn’t interested in leaving.”  Dr. McNichols, however, expressed such conviction through his persistent offer that Neil agreed to submit his name with the proposal, believing there was no chance the project would receive funding.

As he had forecasted, two companies who had been loved for years and had already won the grant in the past did indeed win the two awards he had applied for.  Much to his surprise, however, the committee announced the creation of a third award and bestowed it upon MCR’s Boston initiative.  “I had given my word, so I had to follow through,” says Neil.  “It seemed like a sacrifice at the time, but it turned out to actually be very fortuitous and a better plan overall.”

Thus, Neil set to work opening the MCR office in Bedford, Massachusetts, just outside of Boston.  For the first several months, he was a one-man show, helping the Hanscom Air Force Base with cost analysis work.  By 1993, the solo practitioner had expanded into a thirty-person enterprise, and Mr. McNichols had put Neil in charge of the Washington, D.C. area as well.  Commandeering both offices, Neil found that they were synergistic in resources and expertise which, when properly integrated, lent him an ideal platform upon which to grow the company.  After he won an additional two major contracts and was able to build a more expansive workforce, he took on more responsibility at other office locations as well.  When MCR was then reorganized into three partitions, he led the Eastern region, which was the size of the Central and Western regions combined.

After its steady climb, the company was doing approximately $27 million in business when Dr. McNichols received an offer he couldn’t refuse and sold the company in 1999.  MCR was purchased by GRC International, which automatically ushered Neil into the role of Senior Vice President of GRCI.  GRCI was then bought by AT&T, and he suddenly found himself Senior Vice President of AT&T.  “I inadvertently built up quite a resume,” Neil laughs now.

This resume found its finishing touch when Dr. McNichols announced his departure from the company and chose Neil as his successor.  Neil attributes this decision not only to the eleven years of intensive experience he had acquired serving the company, but also to his perpetual willingness to push the envelope.  “I think Dr. McNichols chose me because I was a challenge to him,” Neil reports.  “I was always bucking the system, unafraid to disagree with him if I felt it was necessary.  He saw that I was successful in doing this, and he thought I could bring the right kind of talent and leadership to MCR.  He also liked that I could build a good team around me, and these are the things I strive to do here today.”

Though many believed that MCR would lose its identity once it was acquired by AT&T, Neil and his team managed to hold their own, with MCR remaining intact as a wholly-owned subsidiary that they were finally able to buy out five years later.  The company had remained relatively stagnant during that period, hovering around 250 employees.  Since it regained its independence, however, it has launched into a steep growth curve that would suggest MCR has more than made up for lost time.  Now at 800 employees, Neil reflects on the adaptation inherently demanded by such a journey.  “The company gets a little different the larger we get,” he says.  “It has been a challenge to me as it grows, but I welcome that challenge and have taken it on as we’ve continued to be successful.”

Indeed, welcoming a challenge is nothing new to Neil.  He started doing so at a young age, growing up in Sioux City, Iowa.  “I loved my hometown, but my high school class would have had over 700 students, so I looked into attending private school for those last four years,” he recalls.  After researching schools on his own and collecting recommendations from friends and teachers, he decided upon Fountain Valley School, a private boarding school in Colorado.  The atmosphere provided the ideal blend of challenge and support for success, and Neil left with ambitions of becoming a lawyer after a truly enriching and rewarding experience.

When he then began his freshman year of college at George Washington University (GWU), he quizzed his classmates on their intended career paths and found that everyone was pursuing a prelaw course of study.  Not one to wander the beaten path, he decided to get a business degree instead, which was a risky and innovative move at the time given the newness of that academic branch.  “I graduated with a degree in finance and returned to Colorado to make my fame and fortune, but unfortunately in 1975, the unemployment rate there was around 12 percent,” he explains.  “After a summer of job seeking to no avail, I returned to GWU and earned a graduate degree in financial management with a minor in economics.”

Striking out to again seek his fame and fortune, Neil was recruited to work for a company that promised to train him toward attaining a Certified Financial Planner credential.  In reality, however, they only trained him to be an insurance salesman, which fell completely outside the scope of his life goals.  “Still, I always try to make the best out of any situation, so I took those six months I had there and tried to do the best I could,” Neil says.  They parted ways soon after.

That’s when Computer Sciences Corporation (CSC) extended him an offer to become a management analyst to assist with work for the Department of Defense (DoD).  While he supported the DoD in this capacity with their various divisions, their financials, and their budget activities, Neil met someone at CSC who was developing the ability to use Earned Value Management, a newly devised measure of performance of a program.  He built proficiency in this area as well, utilizing his expertise to help produce several written pieces on performance measurements and a handbook before leaving the company to do some work for the Corps of Engineers.

Neil then got a call from a friend in Boston asking him if he’d come work for him as a cost estimator, which Neil eagerly accepted.  In this role, he met Dr. McNichols, and the rest is history.  “You don’t go to school wanting to become a cost analyst, but cost estimating is hugely important,” he points out, his true affinity for the field shining through.  “Everybody needs to know the cost of building, producing, and delivering, whether you’re building toasters or missiles.  It is truly both an art and a science.”

Now among the leading experts in the world on Work Breakdown Structure, a system for dissecting work into individual units to determine how much is needed to do a particular job, Neil has become somewhat of a pillar in his industry.  If his legacy isn’t for his honed expertise in this particular system, then it will surely be for his influence over MCR.  “It’s in the fact that I’ve grown something from the beginning to where it is today,” he remarks.  “It’s like the life of the company has followed a path, and each step of the path has led me to improve, move up, or accomplish more.  I can’t imagine myself retiring because it’s as if I have this inner drive that keeps pushing me forward, inspiring me to do better.”

In advising young entrepreneurs entering the workforce today, Neil stresses the importance of volunteering.  Whether it’s in a community service environment, a classroom setting, or on the job, volunteering engenders a symbiotic relationship that benefits everyone involved.  “I’ve learned so much about business from volunteering because doing so has allowed me to meet people, to gain new knowledge, and to learn life in a whole different environment,” he explains.  “Volunteer your skills, your resources, and your gifts.  Whether it’s community service or at work helping out on a project, you’ll feel better and be rewarded.”

Beyond this advise, Neil’s journey itself is a testament to the power of passion plus niche.  “What really drives me is how much I care about what I do and who I do it for,” he concedes.  “It’s all about contribution and trying to help society become better, and once I find something I’m passionate about, I want to keep moving forward.  I don’t like to disappoint myself.”

Neil’s true inner connection with his industry is undeniable and is reflected not only in his success itself, but also in various forms of recognition, including his winning of the Society of Cost Estimating and Analysis’s Lifetime Achievement Award in 2003 and the International Society of Parametric Analysts’ lifetime recognition award, the Freiman Award, in 2010.  Once one has discovered their niche, allowing this interest and proficiency to flourish can take you to new depths and breadths of mastery that are both highly rewarding and highly rewarded.