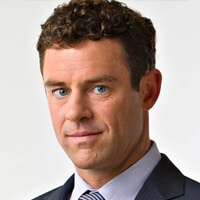 "In recent years,” Michael McDevitt reports, “we have watched the trending of obesity rise from less than 50 to well over 65 percent in America, and it seems as though we’re beginning to export this unhealthy lifestyle and diet worldwide.”  As the CEO of Medifast, Inc., among the most competitive and comprehensive weight loss programs on the market today, Michael uses these startling statistics not only to measure the current climate, but also to outline a dream for tomorrow.  “Medifast’s goal is to reverse that trend,” he affirms.

Medifast was first launched in 1980.  The  company developed a line of medically formulated meal replacements to help individuals lose weight, and these were sold to physicians.  Reimbursable at the time, the doctors would then sell the meals to their patients and coach them on successful weight loss.

The company was quite successful until 1996, amassing an almost $50 million wholesale business until the insurance industry changed the rules of the game and no longer reimbursed patients for the product.  The sales of the Medifast clinically-proven meal replacements almost plummeted from an estimated $50 million to zero overnight, and it was clear that the physician-as-middleman business model was no longer viable.

The company struggled to redefine itself from 1996 through 2001, investing in additional meal replacement product lines and testing the waters to try and find something that worked.  At the end of this experimentation phase, one thing had become clear: that the new Medifast should take its program directly to the consumers, and that the weight loss product they were offering was only half the equation.  “In the weight loss industry, as it is with so many industries, people too often get caught up in focusing on the product,” Michael explains.  “Without the added refinement of education and behavior modification, there is no long-term success.”

When he first joined the company in 2002, it had set its sights on a new strategy—one that was direct, holistic, and empowering.  “What we wanted to do with Medifast was to create a support system that would allow consumers to buy the product directly from the company,” he explains.  “The company would then support them as they used the product in their homes.”  In this new business model, they planned to sell the meal and service package through the Internet and through a contact center.  The meals would be shipped to the door of the customers, who could then receive support via an online toolkit or by calling the contact center.  Slowly but surely, Medifast began to see the light at the end of the tunnel, and their sales grew to $5 to $12 million annually between 2001 and 2002.

Michael and the Medifast team began to notice, however, that the scope of their impact didn’t have to stop there.  “Consumers kept calling to ask what more they could do,” Michael remembers.  “They would say how much they loved what we were doing and how much it was helping them, and they would ask how they could help their friends and family find the same success.”  At first, Medifast considered instituting a referral program.  “We ended up putting that concept on steroids to embrace the concept of direct selling,” Michael continues.  “Our customers were so passionate that it only made sense to channel this passion, training them to be living, breathing proof and advocates of the product… proof their family and friends could really believe in.”

Called the Take Shape for Life program, this initiative was launched in 2003 in tandem with the Direct Response program, in which customers could literally join the business through the Internet.  The enterprise took off immediately, doing $6 to $12 million in sales within two years.  “The irony about a weight loss and nutrition program is that, if it doesn’t work, you have short-term success and then long-term failure,” Michael explains.  “On the other hand, if it works, the business grows.”

One can only surmise, then, that Medifast works.  A huge contributor to the company’s success, and what sets it apart from its competitors, has been the constant interaction it fosters with its customer base, allowing Michael and his team to respond and adapt quickly to the suggestions and demands of consumers.  “We’re lucky to have direct contact with our consumers,” Michael points out.  “When you sell only through a middleman like a retail location, you lose touch with your consumers.  You only know the relationship with the stores.  We decided to take our product directly to the consumers, and we’ve been listening to them ever since, finding new ways to improve our company through their comments and advice.”

True to form, Medifast kept listening, and they heard their client base express an interest in a higher level of accountability.  “Our coaching system and tools were great, but they were saying they wanted more, so we set about delivering that,” says Michael.  Thus, in 2005, the company launched its brick-and-mortar weight control centers, where customers could go and receive one-on-one training from licensed professionals that coached them through various weight loss phases.  “At this point, we’re the only business I’m aware of that’s selling the same product at the same price through three different support channels all focused on different types of consumers and their varying needs,” Michael affirms.

Whether you want complete autonomy over your weight loss routine, the coaching of a successful friend or family member, or the gold standard and support of a physical one-on-one licensed professional, Medifast truly has something for everyone.  And in driving their customers to success, the company has found unprecedented success itself.  All three business models grew at rates over 30 percent in 2010, and the company as a whole closed at a staggering $257 million in sales.

Despite its breadth of service offerings, Medifast is all about keeping things simple.  “Considering the modern American lifestyle and how busy our customers are these days, convenience and simplicity is everything,” says Michael.  “Research shows that, by eating five Medifast meals per day plus one regular meal, you lose between two and five pounds a week, and that’s twice what other commercial weight loss companies can claim.”

Though fortuitous and fitting, one might not guess from Michael’s background that he would wind up the CEO of a company like Medifast.  In fact, he graduated with a finance and computer information systems degree from James Madison University in 2000 and assumed employment at the Blackstone Group, an investment bank in New York City, where he lived the Wall Street life.  “Even as a kid, I was engulfed—not in the money side of finance, but in the game that it was,” Michael remembers.  “From a young age, I loved picking up the paper and following the trends in the stock market.  How could I figure out what would drive things up or down?”  The more time he spent in the finance and investment world, however, the more he came to realize that it was primarily about helping a small group of people.  Michael discovered that he not only wanted to understand and capitalize on trends, but also to affect and change them, reaching a much larger demographic of individuals and changing as many lives as he could.

When he came across the opportunity to join Medifast, Michael’s interest was immediately piqued.  Trading at 12 cents a share on the over-the-counter market, the struggling company struck a chord in his entrepreneurial spirit and resonated with his upbringing, which had heavily revolved around a philosophy of exercise and nutrition.  His mother would prepare a balanced and nutritional dinner every night while he was growing up, and it was only later in life that Michael became aware that 90 percent of Americans aren’t raised in that kind of environment, opting instead for fast or junk food.  “Obesity is a tremendous problem in our nation today, and I wanted to be part of something that would reverse that trend,” he explains.  “It’s heavily impacting the economy, health care, and job effectiveness.  Medifast gave me the opportunity to come in on the ground floor in an industry that I love and just make an amazing difference.”

The company had about 25 employees when he started, and not much else.  “We were a clean sheet of paper,” he remembers.  “We had to write the story of how we were going to do this.  We had to take our passion and make the tracks in the snow ourselves, and this combination of subject matter and challenge was a dream come true for me.”  Michael came on board as the Vice President of Finance, but because the leadership team was so small, everyone had a say in everything that went on.  From there, he transitioned into the role of President, and then to CEO in 2007.

Among the most fascinating aspects of Michael’s leadership is perhaps his ability to usher his metric-minded system of measurement and analysis into the fabric of the business’s operation, organizing the more human and relationship aspects of leadership into a framework that is consistent and effective.  “I think that getting an accounting degree is one of the best ways to learn how a business works,” he says.  “It’s a great knowledge base, and you can then look at other departments, like I did when I came to Medifast.  There’s a lot of opportunity for those armed with that knowledge to connect the dots.”

In advising young entrepreneurs entering the business world today, Michael also encourages one to welcome assistance and embrace wisdom from others when tackling an unknown task, citing his refusal to ask for help as a young CEO to be his biggest fault.  “I wanted to prove to people that I could do it, but what I realize now is that I wasn’t expected to now everything right off the bat,” he reports.  “There is a rich trove of experience surrounding you, so use that experience to empower yourself.  Life is most lived in communication.  You’re only as alive as your ability to communicate with other individuals.”

With this in mind, it is surprising to learn that Michael is hardwired as an introvert and has spent the past year focusing on improving his self-awareness.  “In order to be a leader of others, you must first be truly aware of yourself, how you tick, and how you react to things,” he points out.  “Bettering yourself is a constant process, and the more you grow, the more you can help others.”

Introverted, yet quick to expound the merits of reaching out and communicating with others.  Metric-driven, yet keenly in touch with the notion that business and success is all about human relationships.  And, of course, a literal trendsetter.  How do such characteristics coexist within the same man?  “I love the extremes in life,” Michael explains.  “I love walking outside the common path and living outside the lines.  It’s not for shock value, it’s to see how far we can stretch something to make it the best it can be.  This is just how I am, and it’s what drove me to where I am today.”

And where is that, exactly?  250 thousand people had life altering experiences with Medifast’s products last year, and, as many would argue, this is just the beginning.