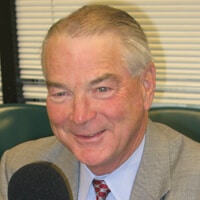 The critical path.  The shortest route from beginning to end, and among the most fascinating aspects of Dick Lombardo’s workday.  As the President and CEO of Harkins Builders, a leader in the Mid-Atlantic region’s construction management industry, he is the first to affirm that a project is never about one person.  Rather, it’s about using collaborative, analytical discourse to map out a critical path that will bring their clients an impeccable end result.

To best determine what this critical path is, Harkins Builders fosters a think-tank-like environment in which a project’s entire team gathers, along with several additional voices with relevant experience.  In this meeting, the team lays out the project’s schedule and then completely tears it apart, rearranging it and shaving months off the timeline through the input of seasoned expertise and fresh perspectives alike.  “Putting together a schedule in this manner for a large project can be exceedingly challenging in that you can have thousands of activities to sequence, coordinate, and time,” Dick explains.  “But in that challenge lies tremendous opportunity, and I love the discussion and analysis that goes into maximizing that opportunity.”

Dick’s collaborative leadership style falls flush with Harkins’s long tradition of fostering independence and agency within its workforce—an approach that dates back to its foundation in 1965 by Thomas P. Harkins himself.  Mr. Harkins had been President of Carl M. Freeman Associates, a large residential multi-family and single-family developer, when he decided to strike out on his own as a builder developer.  A number of other developers, however, sought his services to build for them, setting the tone for the company’s identity as a contractor.

Tom was a kind and thoughtful man of deep integrity, and he founded Harkins upon a belief in the human spirit’s capacity to think, grow, and assume leadership.  It was exactly the kind of environment Dick needed when he first approached the company in 1975.  Having graduated in 1970 from what was then Loyola College in Baltimore, he married the following year and got a construction job as an assistant superintendent building apartments in Annapolis.  After several years, Dick decided to go into business with a colleague to form their own general contracting company, which survived for several years doing smaller projects.

When the real estate recession hit in 1975, Dick’s fledgling company hadn’t picked up enough momentum to weather the storm, and he soon found himself unable to pay the bills and to support his two young sons.  That’s when he went in to interview at Harkins, meeting with Jim Humphrey, who was acting as President at the time.

In the interview, Jim asked Dick what his long-term plans were, to which Dick responded with unflinching honesty that he intended to work for Harkins for a year or so and then pursue his entrepreneurial dreams by striking out on his own again.

“Why would you expect me to hire you for a year so you can go out and compete with me?” Jim asked.

“Because in that year I’ll be the best employee you’ve got,” Dick affirmed.

Whether it was Jim’s belief in the young man sitting across from him or in the company itself, he extended an offer of employment to Dick, and what was supposed to be a one-year tenure turned into a lasting and compelling relationship that has run thirty-five years and counting.

Originally hired as an assistant estimator, Dick hit the ground running, working on much larger projects than he’d ever worked on before from the very outset.  A year later, he moved out into the field where he worked as a project manager.  In 1981, he assumed responsibility for the firm’s first design-build project, wherein the city of Baltimore was advertising for someone to facilitate the construction of an elderly housing site.  Dick selected the property, designed the project, and won the contract to develop the nine-story apartment building.  He became a division manager in 1987.

That same year, Dick was approached by a builder developer company that offered him a position with a pay increase sizable enough that he could not, in good conscience, turn it down.  “I had a young family at the time, and I felt like I owed it to them to take that opportunity,” he reflects now.  When he notified the Harkins leadership team of his intention, they were distraught to lose him, but Mr. Harkins didn’t seem concerned.  He let Dick know that, if he ever wanted his old job back, he need do nothing more than walk into the office and sit down at his desk again, bidding Dick adieu with characteristic warmth.

Dick’s sign-on bonus was to be paid upon six months of employment at the new firm, but after five months and three weeks, he found himself strolling through the Harkins doors once more, taking a seat in that familiar chair and picking up where he left off.  “The other company was the exact opposite of where I had come from,” says Dick.  “All the power rested with one person, and the people surrounding that person were not expected to think.  My only role there was to carry out orders, and it just really wasn’t for me.”  Soon thereafter, he was promoted to VP of Harkins.

When Mr. Harkins passed away in 1993, Blase Cooke, who had been acting as President and CEO, assumed ownership of the company.  Blase had developed strong leadership skills under Mr. Harkins, and the company continued to flourish with his guidance.  In 2001, he decided to sell a majority of its stock to the employees, forming an Employee Stock Option Plan (ESOP) that would truly marry the Harkins team to the fruits of its labor by promoting an engaged, self-interested workforce.  When Blase later passed away in 2007 after a heroic battle with cancer, Dick, who was acting as Executive Vice President and COO at the time, became President and CEO.

Today, after a long story of steadily unfolding success, Harkins has reached a net worth of $20 million, with 65 percent of its stock held through its ESOP and the remaining 35 percent held by its executives.  “Everyone has a stake in the game, and this changes how people think and act,” Dick reports.  As such, Harkins’s 200-employee workforce succeeded in generating around $225 million in revenues last year.

This success came even despite the conditions of the last several years, which have been horrific for the construction industry.  Indeed, Harkins has remained extraordinarily profitable while suffering only minor reductions in volume, indicating a level of health and vitality that is practically unheard of amongst similar organizations.  “Never have we worked harder to find the work we have, and the market is far more competitive than it’s ever been, but we do go out there and find success,” Dick reports.  To supplement the firm’s renown as a multifamily builder, Harkins has also developed a solid standing with the Army Corp of Engineers, the Navy, and the Air Force.  Though his proudest accomplishment will always be his three children, Dick’s hand in maintaining and expanding the company’s volume through innovative partnerships and firm commitment amidst tough conditions cannot be overlooked.

What has enabled Harkins to survive and thrive despite several economic downturns, and what has captivated the fidelity of talented and driven individuals like Dick and his predecessors for over forty years?  Dick himself maintains that it is the culture of intellectualism, agency, and support that first drew him to the company, and one would be hard-pressed to disagree.  “Harkins created an environment where you are both allowed and expected to take on as much as you can and to make decisions,” he explains.  “Nobody ever got in trouble here for making a mistake.  This company has always been big on encouraging people to really use their brains, to lead, and to take risks.”

So unique from other organizations where hierarchy, seniority, and uniformity are more the norm, Harkins’s focus on collaboration and support truly render it greater than the sum of its parts.  “When two or more brains work together, there’s teamwork,” Dick points out.  “There’s a lot more productivity, and it’s my job to promote and participate in that culture and process.”

In advising young entrepreneurs entering the workforce today, Dick stresses the importance of being a sponge.  “Work hard, ask questions, and learn as much as you can,” he urges.  “Always be focused on your next objective.”  Perhaps his most unique piece of advice, however, is the stripping of ego from mission that is so inherent in finding the critical path of a project, allowing one to focus entirely on the outcome and on the needs of the client rather than on their own personal success.  “As my father always said, it’s never about you,” Dick explains.  “It’s about an objective, a goal, or whatever is at hand.  If you can take yourself out of it and keep your focus on your objective, you’ll be successful.”

Adhering to this mantra all his life, it’s no wonder that Dick found a perfect professional match in Harkins Builders, guided by its mission-driven attitude and its commitment to fostering independent thought.  With the help of this mentality, the business currently boasts an average employee tenure of 15 years, even though they’re hiring young people all the time.  “I’ve been with the company 35 years, and our executives and project managers have been with the company an average of more than 20 years,” Dick says.  Though the national average is trending toward much more splintered career paths in today’s workforce, Harkins once again defies the norms.  “We’re a company that cares about its employees and community, that gives opportunities, that expects performance, and that rewards it,” he affirms.  Through its appeal to talent both young and old, Harkins is able to deliver consistently, bringing to the industry table a service that is as impressive as it is effective, and whose expertise prevents problems just as readily as it solves them.