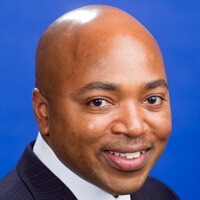 The Path Beyond the Wall

If you’re a special operations soldier on the ground in an expeditionary environment like Afghanistan, your goal is to be invisible.  To save your own life, you must know what’s going on around you: a key turning in the ignition of a vehicle located a thousand meters away, a generator rumbling off, a whispered message through a communication device.  Who are they?  Where are they?  Where are they going?  Your survival hangs in the balance of leveraging such information.

James DeBardelaben has made it his life’s work to provide the answers to these very questions.  As the President and CEO of IvySys Technologies, LLC, he understands the seminal importance of situational awareness for troops on the ground in unfamiliar and possibly hostile territory.  He understands it so well, in fact, that he built a company to address this very issue.

James first got the idea for these devices from the video game industry, which relies heavily upon a technology called graphics processing units (GPUs), designed to interpret data into an incredible visual experience.  IvySys repurposes GPUs to interpret data coming from sensors platforms.  This super computer-like performance allows IvySys to process the data at near real-time speeds and turn it into actionable intelligence for the soldier or analyst in the field.

With a father who worked as a dispatcher for Santa Fe Railroad and a mother who worked as a law firm billing analyst, James grew up in Chicago amidst modest circumstances and did not, as a child, dream that he would end up where he is today.  He attended Mendel Catholic High School, an all African American environment that enforced a strict dress code and sent 90 percent of its graduates to college.  “It ingrained in me the idea that people will take you more seriously if you take your business seriously,” he reminisces.  “Thus, we always dress in business attire at IvySys.”  His first job was a summer experience at Argonne National Laboratory where he had the opportunity to work with a different scientist each day.  “The teachers at Mendel were really invested in us, and I think that makes all the difference now,” he affirms.

James first entered the defense marketplace as a program manager at the Johns Hopkins University Applied Physics Laboratory (JHU/APL), where he ran special operations ISR programs focusing on persistent surveillance.  In this capacity, he worked to develop portable, battery-powered sensors that could be left behind at the sites at which they gathered surveillance.  James, however, found himself wanting something more.  “The role of the lab [JHU/APL] has traditionally been to serve as a trusted agent for the government, not to go build fieldable operational prototypes,” he remembers.  “I could see that there was a lot of opportunity for a smaller company to come in with something agile that wasn’t tied to past technology and could really leverage everything that’s out there today.”

It is upon this philosophy that IvySys was built, and it is with this goal in mind that it operates today.  Always exploring the newest, hot-off-the-shelf commercially available technology and what new capabilities it might impart, James and his team know what their competition is doing and how to supersede it.

Well equipped with a strong working knowledge of small unit operations and ISR technologies, James left Johns Hopkins in March of 2006 and launched IvySys just two days later when he began consulting for the Defense Advanced Research Projects Agency (DARPA), providing subject matter expertise.  “The true genesis of IvySys came when I was providing consulting expertise for the program managers there,” James recalls.  “During that period, I had the opportunity to see the vast diversity of approaches and problems that the war fighter faces.  It was then that I realized the hardest problem was not getting the data, but rather processing that data fast enough to provide the war fighter with actionable intelligence.”  In 2008, with this challenge in mind, he began assembling a team of individuals with finely honed and unique capabilities that were mutually complementary so as to best examine this challenge from every possible angle.

Delaying his first hire until this time allowed James to self-fund the company, and throughout those first years, he would wait to make a new hire until his most recent hire was picked up by a contract.  Though this interval was never very long, James approached a point where he realized he wanted to manage growth in a different manner.  With this in mind, he learned the art of building a core team that could scale according to the amount of work that was demanded.  With the accounting, business development, marketing, human resources, recruiting, and management teams in place, IvySys was equipped with the tools and processes needed to expand from 10 to 100 employees at the drop of a hat, rendering it a strong competitor in the defense marketplace.

Since its inception, IvySys has grown 300 percent annually in revenues, drawing between $3.5 and $4 million in 2009 with 15 employees.  James is now looking to the upcoming years and considering how he can engender more explosive growth as the industry around him changes.  “A number of the procurements are shifting from a cost plus fixed fee model to a fixed price model, which means that, as a small company, we have to approach customers with fieldable technology as opposed to just the plans for that technology,” he explains.  “Our clients are no longer funding us to produce an idea; rather, we must come with an actual product, which involves a considerable investment up front.”

However, just as it specializes in situational awareness for troops, IvySys maintains its own unique and comprehensive situational awareness of the changing terrain of its industry and has no doubt that it, too, will maneuver such variables with success.  “We’re currently positioning ourselves to grow five-fold within the next three years,” James reports.  “After growing by word-of-mouth and referrals throughout the first several years, I’ve learned that having a business development pipeline in place is critical.  We now have a customer base into which we’re constantly feeding new ideas.”

James received an undergraduate degree in electrical engineering from Brown University and a master’s in the same field from Princeton, though his time at Princeton was intended to go towards a PhD instead.  “I had joined Princeton’s PhD program because people said I was good enough to do it, but not necessarily because I was driven to do it,” he reflects now.  It wasn’t until he left Princeton and cultivated his own inner drive that he realized the monumental importance of choosing one’s path for one’s own self instead of for others.  “I then got my PhD from Georgia Tech, and my mindset was completely different,” he continues.  “I knew why I was there—I wanted to chart some new territory, and I was trying to optimize my own particular career path.  You need some real mental toughness to get through that, and this toughness must come from within.”

Now that he’s leading a team and a business, James has aimed to inspire this same mental toughness in his staff members, motivating them to grind through a project and move forward as a unit.  In doing this, he reflects back to his high school days when he ran on the track team.  “We wanted, collectively, to be the best runners, and we pushed each other everyday,” he recalls fondly.  “Even if we had one guy come in first and another come in 100th, we treated it as though the whole team had come in 100th.  We ran as a pack, never leaving anyone behind, and this mindset stays with me today.”

During those long and arduous track practices, James’s coach used to say that, whenever a runner felt as though he had hit a wall, he still had 33 percent left to give.  James has since applied this philosophy to all areas of his life, using the formula to help him persevere even when he has felt at his most taxed.

In advising young entrepreneurs entering the business world today, James stresses the importance of pursuing advanced degrees and planning ahead.  “Look at your end goal and then assess which of your opportunities will build the skill set you need to move forward and develop the relationships you need to achieve that goal,” he advises.  “The longer you’re away from an academic environment, the harder it is to return to it, so start planning now.  Now is the best time of any.”

But how, exactly, does one determine this end goal?  James credits his time at Brown with the expansion of his conceptualization of his own potential, thanks to the diversity he encountered there.  “I was exposed to students from all over and from a wide range of economic backgrounds, and all this variance compelled me to envision the concept of a career path from all different angles,” he describes.  “I learned how to visualize my own end goal from the people that surrounded me, utilizing these different perspectives to choose which was the best one for me.”

Whether he’s breaking through a wall of exhaustion by applying the 33 percent rule, or breaking through a wall of public opinion by identifying and pursuing his own path, James is a testament to the transient nature of limitations.  In fact, he feels that his best decision was born from the adversity he faced in attempting to earn his PhD at Princeton.  “Instead of giving up, I kept pressing forward and didn’t accept the school’s assessment,” he points out.  “Because of that decision, things began to fall into place.  I got into an even better school of engineering, I received a teaching assistantship that paid for my tuition, and I later received other research assistantships and fellowships.  In fact, it was through Georgia Tech that I accumulated many of the resources and connections that made IvySys possible.”

Though the act of pursuing his PhD figured prominently in the development of IvySys, James emphasizes that it doesn’t take a PhD to do what he does, nor does it require one to be successful.  Rather, he stresses that each person has the liberty and agency to build their own path toward achieving the end goal of a successful and fulfilling life—there is no set way of doing things.  “I’d personally like to see other minorities with similar backgrounds realize that a path to success like this as a real, viable option for them,” says James.  “To believe in yourself is far better than believing what other people are telling you.”

Though daring to follow your own unique path inevitably means you will run into your own unique walls, making the commitment to break through these walls is the only way to ensure that your path will continue far beyond them.