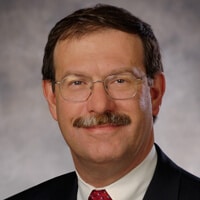 Most people go through childhood and young adulthood without a clearly defined passion to which they hope to dedicate their professional journey.  Though this absence of a clear goal can be discouraging, it can also be a gift in disguise insofar as it encourages an individual to sample many different fields to find the one that’s right for them.  Other people, it seems, are born knowing what they want to be when they grow up and lead focused, determined, gratifying lives along the path to pursuing this singular goal.

Arthur Lafionatis, then, would represent the perfect synthesis of these two extremes, uniting the best of both worlds along the trajectory of his professional development.  Now the managing partner and head of the Commercial Real Estate Transactions Group at Lerch, Early, & Brewer, a full-service commercial law firm headquartered in Bethesda, Maryland, he demonstrates how finding yourself doesn’t have to mean limiting yourself, and how interests that fall outside the bounds of one’s profession are not superfluous, but rather create a more textured and fascinating person overall.

Proud to have celebrated its 60th anniversary in 2010, Lerch, Early, & Brewer represents individuals, business owners, developers, contractors, and others throughout the D.C. metropolitan area and beyond.  Through the orchestrated efforts of 33 partners and 17 associates, it specializes in ten diverse practice areas that include banking, real estate, land use, business, litigation, a labor & employment group, a community associations group, estate planning, divorces, and more.  “We don’t have all our eggs in one basket, and I think this speaks to a solid future for the firm,” Art remarks.

Considering the firm’s success and Art’s current role in contributing toward and guiding it, one would think that he eats, sleeps, and breathes his role as managing partner.  One might also think that this is the culmination of a very single-minded pursuit of excellence in the field, absorbing all time, resources, and hobbies.  Art’s story, however, diverges somewhat from these expectations.

Growing up in Massachusetts and New Hampshire, Art greatly admired and emulated one of his cousins throughout his childhood.  This cousin was an attorney who later became an attorney general and then a state judge, and young Art wanted to be just like him, even though he hardly understood what it meant at the time.  “For as long as I can remember, my plan was to get good grades, so that I could go to a good college, so that I could get into a good law school, so that I could become a lawyer,” Art recalls.

He worked at a small town hardware store mixing paint to earn money early on and then put himself through college working at an ice cream shop, where he advanced over time from dishwasher to shift manager.  His father had imparted the paramount importance of hard work, dedication, and integrity through his own example, so Art’s determination and upward mobility came as no surprise.  Then, the summer before he started law school, he was afforded the tremendous opportunity to work as a clerk with his cousin at the New Hampshire Supreme Court.

Art then attended law school at George Washington University, where he was instructed by a professor reputed to be among the national experts in governmental contracts.  Several former students of this professor had just started their own firm, and they hired Art as a law clerk midway through his first year.  They then asked him to stay on as an attorney upon graduating in 1980, and he served as a practicing lawyer for the following five years.

He enjoyed some exposure to government contracts and construction claim litigation during this time, but he was one of the only real estate transactional lawyers of the firm.  In one notable example, the partner responsible for real estate from whom Art received much of his instruction actually got into an accident the night before a major closing, and because Art was the only other attorney with any kind of working knowledge on transactions, he found himself on a plane to Pittsburgh the next day to negotiate the multi-million dollar closing himself.  Though he has since strayed from construction representation, Art remembers this period in his career as one that played a vital role in producing the lawyer he is today.  “Because I have a better understanding of what’s going on with the construction and development side of things, I am a better and more insightful real estate lawyer today, able to see both sides of the coin,” he remarks.

Despite his proficiency in this capacity, Art realized that he was gravitating toward the transactional work he was doing and sought employment with a smaller real estate business boutique firm in downtown D.C. where he was able to learn the sophisticated nuance of his focus of choice.  Hired on as senior associate, he then became partner two years later and served in that respect until the firm engaged in a relatively unsuccessful merger in 1993.  Art was the last of his original colleagues to turn the lights off on the endeavor, and with that, he struck out to launch a law practice of his own.

“I bought a laptop and a multifunction fax printer, rented an executive suite, plugged it all in, and I was in business,” Art remembers with a smile.  Over the seven years of its life cycle, Art’s firm fluctuated between one and seven employees until he was contacted in 2003 by an old friend from law school, Larry. Larry was employed with Lerch, Early, & Brewer, with whom Art had collaborated on a number of transactions over the years.  The firm was looking to bring in a lateral real estate transactional partner in keeping with the vision of its strategic plan, and Art just so happened to fit the bill.  He told Larry he wasn’t looking to join a firm because he was happy with his own practice, but once he learned more about the strategic plan and the terms of the firm’s governance and compensation structure, Art felt as though the opportunity had promise.  “I began to entertain the notion that it was possible to go back into a larger firm environment without the headaches I had gotten in the past and with the benefits of collaborating with good lawyers that boasted a stellar reputation and company culture,” Art explains.  Thus, he accepted the position, bringing us to where he is today.

With such a natural career evolution, one would easily assume that Art never entertained other professional aspirations or pursuits.  One would be surprised, then, to hear that he had many diverse interests, all of which he pursued freely, and many of which he still enjoys today.  In college, for instance, he designed his own internship on Capitol Hill working for a senator from New Hampshire.  “I still maintain that that job was the most fun I’ve ever had in my life,” he reflects.  “I didn’t plan to go into politics, I just enjoyed the exposure to Washington.”  Subsequently, his choice to start his own law firm was made in part to allow him extra time to contribute to the  writing and publication of a magazine focusing on affordable high-end audio products which he co-founded.  In conjunction with a friend, Art kept the publication alive for four years.  “The magazine didn’t really take off, but my law practice did,” he comments.  “Still, I got to learn how a magazine is published and distributed, and I had a great time doing it.”

Along a similar vein, Art has also cultivated a long-time love of computers that extends long before IBM even began manufacturing personal computers.  “I played with the most archaic computers you can imagine in the late seventies,” he recalls.  “I’ve always liked gadgets, just trying to figure out how they work.”  Through this fascination, Art developed an impressive proficiency in the computerization of law firms, developing a litigation support database on an old Epson computer for the first firm he worked for.  When he started his own firm, Art again employed these technologies, cutting costs and increasing productivity.

Despite this range of extraneous skills, Art came to Lerch, Early, & Brewer with a single finely-honed intention: that he would have a chance to build his real estate transactional practice within the context of this larger firm.  “The idea of becoming managing partner wasn’t even on my radar,” he reflects.  However, when the firm needed to upgrade its computer system and implement a document management system, he became a natural leader of the Technology Committee overseeing the projects.  As a result, Art was asked to join the Management Committee a year and a half after joining the firm.  The Committee is elected by consensus, and after serving a term of three years, he was ultimately rotated into the position of managing partner.

Art’s career as an attorney, then, was not impeded by his decision to explore diverse areas of interest, but was rather enhanced by it.  “People should know that I love being a lawyer, but that I have a lot of other interests as well,” he says.  “The audio magazine, computers, AV equipment and media, watching classic movies, the Greek Orthodox Church, photography… the list goes on and on.  I’m not one of those people who won’t know what I want to do when I retire because there are just too many things I enjoy doing.”

These diverse interests and experiences may also factor into Art’s unique ability to foster genuine and lasting relationships with his clients—a proclivity that is largely lacking in the legal field today.  “My biggest successes are the several clients I have who’ve been with me for 20 or 25 years now,” he remarks.  “We’ve been through a lot of ups and downs together, but the relationship is still there and still strong.”  Whether this relational ability is derived from his parents, who were truly relationship people in all aspects of life, or whether it stems from his own ability to maintain an open, impassioned, and diverse perspective, Art’s ability to connect with clients has allowed him to evolve into a better person and a better lawyer than he would have otherwise.

Through his ability to stay committed to a goal while also remaining open to other possibilities, preferences, and hobbies, Art reminds all young entrepreneurs entering the workforce today that we are each our own bosses.  Whether we’re employed for someone else or for ourselves, we ultimately have primary  responsibility for ourselves and those reliant upon us.  “At the end of the day, the only guarantee is what I can accomplish for my own clients and what I can accomplish for myself,” he emphasizes.  “Maintaining this sense of responsibility for yourself will help to guide you as you pursue your interests.”  The career path you take may not exactly be linear, but at least it will be honest, purposeful, and above all, a joy to experience.