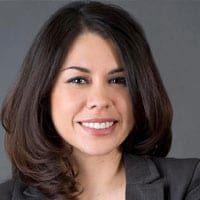 In early 1990, Calvin B. Harris, a retired senior chief with a PhD in psychology, set a dream in motion.  Cal had finished his career in the Navy a decade earlier, and after ten years of consulting for government contracting firms in fields related to human factors engineering and industrial psychology, he was determined to start his own business.  He wanted a business that would grow to become a family, where no employee was merely a number, where friends would work together to perform at their best.  With this vision in mind, on January 24, he founded Man-Machine Systems Assessment.  And from the start, his daughter Lillian and wife Martha were closely involved.

While she may have started out making photocopies and hanging out in the office while doing her school work, Lilly Harris is now the President and CEO of MSA.  And though she says that she was “just a kid” at the time, it quickly becomes apparent that she was paying very close attention.  “My father always referred to our employees as our MSA family,” she says, “and he was always trying to grow that family.”  Now, even though it’s 21 years later and he no longer directly oversees the company, her father’s legacy is still alive and well as MSA strives to promote a sense of family and connection throughout its team of employees. No one is a number.  Everyone is a name.

According to Lilly, her father was something of a serial entrepreneur over the years following his departure from the military.  Even so, she reveals that, at the time he founded MSA, he still had much to learn when it came to business.  His strength lay in taking a visionary idea and starting a company, but not necessarily in running the enterprise that resulted.  In fact, while he was founding MSA, he was also starting a business manufacturing bicycle grips.

“Even as a kid, my father was always involved in business,” Lilly reports.  “He had a paper route before the age of ten.  He fought forest fires, and in high school he ran the ticket club at school.”  Like her father, Lilly has been a natural entrepreneur from early childhood.  But where her father had had his paper route, Lilly was delighted to set up a lemonade stand, organize a garage sale, or sell baked goods and coffee.  “We would bake the muffins, brew the coffee, and I would price out the items,” she reminisces.  “Muffins were fifty cents, coffee a quarter.”  Lilly would also price items in the garage sales, going so far as to negotiate with customers any item’s worth with aplomb.

She was also very competitive in activities like school fundraisers.  She enjoyed forming relationships with her neighbors, never too shy to call on them when she had a new cause.  By the time she was age 13, the whole neighborhood knew her very well.  “They would know it was that time of year again,” she says.  “If I was selling chocolate for the soccer team, I was determined to sell the most chocolate.”  In fact, her competitive nature regularly earned her the honor of top fundraiser in junior high and high school.

Lilly would even negotiate contracts with her parents over pet ownership and its many responsibilities.  Along with her father, she would take out a paper napkin at a diner and map all the items out, then type up a contract that would be subject to another round of negotiating before approval.  “In sum,” Lilly says, “negotiating to create value came very naturally to me.”

Planning things out on a napkin was a custom they carried long into her adulthood, and it served them well much later as Lilly found herself at a crossroads, considering whether to go all-in with MSA or to exit and pursue one of her alternate plans that she refers to now as her “Plan Bs”, including becoming a chef, joining the peace corps to travel the world, or becoming a film producer.  She was in her early twenties at the time, having already attained her bachelor’s degree and left Texas to work at MSA’s D.C. office for about two years.  For those two years she had been in “hard-core learning mode” and was paired up with a retired Army Colonel whom Lilly refers to as “Dutch” and who proved a very important mentor figure in her life.  She saw many ways that she thought she could improve the company and sophisticate it, but she struggled with being the boss’s daughter and had a hard time evolving her role.  “I think I’ve always been a visionary-type,” Lilly says, “someone who sees the big picture and thinks just as big.”  After two years at MSA she felt like a small piece in a large puzzle and couldn’t figure out how to fit. She wasn’t sure she wanted to stay.

Lilly describes a scene at a diner table one day as a moment where her father saw that she was frustrated and unhappy.  “He’d always been the dreamer,” she says, “the guy who says, ‘As long as you’re happy, I’m happy.’”  They took out a placemat and wrote down all the many things she liked to do.  “I love movies, I love music, I’m an artist—it’s in my spirit,” she recounts.  Lilly found government contracts to be very dry and somewhat corporate for her taste, feeling as though she couldn’t truly express herself in such a venue at that point.  How could she unite her many artistic inclinations with her business skills to provide a streamlined, unique, and compelling service?  “Together,” she says, “we came up with the idea that I could go into producing movies.  The film industry.”

Lilly attended an intensive program at NYU Film School and worked twelve- to fifteen-hour days learning the ins and outs of script writing, film production, and the business side of film.  She ended up producing two short films, feeling at last that she was in her element.  Her parents were convinced she wasn’t coming back to MSA.  But as it turned out, it was her experience producing these short films that enabled her to return to MSA and affect a profound shift in her role to one that would allow her to fully express her visionary nature.

“One kid working on one of our film projects had $1,200 that his dad had given us,” Lilly explains.  “We had a full budget to write a project management timeline, take care of the logistics, and achieve the creative vision we had in mind.  There were so many moving parts.”  Lilly was the executive producer of the project, and suddenly, everything started to click.  It was a business process from start to finish, and the exhilaration she hadn’t felt when she started at MSA was now shining through the seams of her character.  She had only felt like a small piece of the company before, but when she came back to MSA shortly after the film program ended in 2006 to help stabilize its accounting department, she was at once fired up and loving it.

“Everything finally worked,” she gushes.  “I just said to myself, ‘OK, this is a movie. This is MSA’s movie.’”  Lilly needed a business plan, a crew, a budget, and a vision for the end product.  Once she began to conceptualize of MSA in this way, her innate creativity was no longer boxed out by the business world, but rather became its lifeblood.  “All I needed to do was remain interested and passionate, and I had found the framework for that,“ Lilly explains.  “And that’s how I’ve been running MSA ever since.”

Before she would become president and eventually CEO however, Lilly worked under the previous President of MSA, who began as a mentor to her but eventually became a peer.  “He treated me more like a daughter,” Lilly laughs.  “After struggling to be the boss’s daughter in my first stretch with MSA, it now seemed like I was the President’s daughter.  He worked hard to get me to think more strategically, teaching me about the government contracting industry and helping to lay the foundation for what has now become my career.  Ultimately, he would leave the company to pursue his Ph.D.  “His departure posed a big challenge for me,” Lilly remembers.  “I wasn’t sure I was ready for the challenge to take on a larger role in the company.”

Lilly reports now that she was scared at the time, as MSA was in debt.  “I don’t know how I did it, but within a year we were out of debt and had started growing again,” she reports.  Since then she has overseen a sweeping re-branding campaign and has refined and diversified the company from the core technical niche in a way that her father never could have imagined.

Now that MSA is out of the woods and flourishing, Lilly credits her strong support system for her endurance over the years, whether it was hours-long telephone conversations or just having friends stand and applaud as MSA began to win industry awards.  “Every little victory,” she says, “every employee we added, turning that red into black, my family and friends were there to encourage me and celebrate the small victories.  They’re happy for me.”

In reflecting back on her journey and its eventual success, Lilly credits most of all her strong relationships and her curiosity about life and business.  She implores young people to never stop learning and diversifying themselves, as professional progress is tied strongly to personal momentum and vise versa.  “Diversity makes you interesting and a well-rounded human being,” she says.  Also of vital importance is to find a way to be unique in the workplace.  Returning to Texas Tech recently to address students there, she emphasized the importance of relationships and networking.  “A relationship requires nurturing.  It’s a living thing, and without care, it can die,” she explains.  “Find unique ways to constantly improve yourself and deepen your connections with the people around you.”

With so much success already in her wake, what is Lilly’s goal moving forward?  MSA currently has 55 employees, and just as her father did, Lilly would like to grow that family.  By how much?

“Five hundred,” she says with a smile.