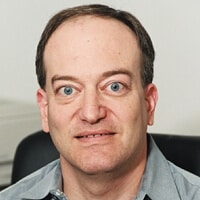 The Most Important Presentation You'll Ever Give

"My company needs to get the word out about something, but I really don’t know what we should say about it or how we should do it.  Can you help me out with that?”

Words like those are music to Michael Weiss’s ears.

As the CEO of Video Labs, Mike’s business is presentation.  Having essentially built up his professional network and success from scratch through the very art of presentation, he understands that there’s nothing more important.  He and his team have worked with a wide range of clients, from documentary filmmakers to Capitol Hill politicians, to express and circulate a given message, and there’s nothing they love more than drawing on this extensive catalogue of experience to create the perfect product for their clients.  “Video Labs’s programmers, editors, and graphic designers love the challenge of starting from scratch because they get to do so much more than just fit a widget in a hole; they get to craft a whole board,” Mike explains.

Video Labs was founded in April of 1978, but Mike didn’t come onboard until June of 2000 when, at the age of 38, he was hired on as COO.  Since its inception, the company has ridden the immense waves of technological advancement with a grace that is rare amongst media firms.  The company is best described as a media marketing source and began as a firm specializing in making copies of various media items.  As the economy has progressed, however, Video Labs has evolved as well.  “Today, our business is to help other people communicate their message,” Mike explains.  “We can help them create that message, or we can take an existing message and disseminate it to the target audience.”  Thus, the firm is now a blend of public relations, marketing, advertising, and technical work.

Mike’s team is now approximately 20 people strong, and their service is so broadly applicable that they have no generic client.  “Every business has a message to share with vendors, clients, constituents, what have you,” Mike points out.  “For example, we might help a business by shooting some footage of their CEO discussing some important information.  We can then take that footage, add graphics, put a PowerPoint in there, make copies, and distribute that product out to a million individual people.”

Mike grew up in a middle class Jewish family on Long Island in a supportive, loving home, and he credits his parents as the biggest influences in his life.  When he was around twelve years old, he asked his father if they were rich, to which he replied, “We’re rich in love.”  No assessment could have been more accurate.  Mike remembers the Weiss family as the most stable and encouraging environment one could ask for, and he continues this legacy today with his wife, whom he met in college, and their children.  He also infuses this quality into his leadership style at Video Labs, acting as the rock that keeps the company grounded through any storm.  “At the top end of the boat, you really need that person who can’t be rattled,” he points out.  “I cultivate a stable environment and reassure people that things are going to be okay.”

This calming effect was also evidenced in Mike’s role in team sports in his younger years, and it allowed him to foster a great love for athletics.  Even at an early age, he was the go-to guy for sports trivia and was an impressive basketball player.  He even started writing a book on the topic when he was sixteen.  This masterpiece remains unfinished, but he believes that exercise indirectly contributed to his later entrepreneurial success by allowing him to explore the possibility of an endeavor that was wholly self-motivated.  He loved the idea of being his own boss and even started a small promotion business with a roommate in college.  The entrepreneurial spirit was certainly evident in his attitude and composure, but it would be a while yet before he assembled all the pieces to make the big leap.

Having studied journalism, marketing and public relations, it seemed natural that Mike was engulfed by the media industry from the moment he finished college at the University of Maryland.  “I remember having to rush to leave a final exam early because it was my first day of work at ABC News,” he laughs.  That was May of 1984, and when he showed up for work, a colleague let him know that it was only a six-month temporary position.  Mike panicked, having no idea what he would do once the contract was up, but that role manifested itself into a full-time and permanent position before its expiration.

At ABC, he booked satellite feeds, scheduled guests, worked with unions, and was ultimately tasked with scheduling the approximately two hundred engineers needed to fill the different programs of the Washington bureau.  Drawing upon his journalism background, he concurrently wrote for ABC’s in-house magazine and also did some writing for several other magazines over the years.  Life was fast-paced, and Mike was plugged in and working 24 hours a day.  “I was very hip to the world, meeting a host of well known figures, but I eventually realized that I wanted to be a bigger fish in a smaller pond,” he explains.  “I had always wanted to manage a small business, to own something.”  Thus, with over a decade of experience at ABC under his belt, Mike began to consider striking out on his own.

With his experience and savvy, Mike himself was extremely marketable at the time, but his Achilles heel was networking.  “I had gone straight from college to ABC, and I had never really learned the value of networking, or even how to do it,” he admits.  When he left ABC and realized this gap in his skill set, he hired an outplacement firm to fill it in.  The firm taught him how to create contacts by thinking of past employees, friends, family, and acquaintances, and before he knew it, Mike found that he loved the process.  “I became a tree,” he explains animatedly.  “Over a two-year period of time, I made it my second job and committed myself to going out and meeting people to talk, discuss, and discover.  It was a great experience—one of the best of my life.”

Young entrepreneurs entering the business world today would do well to take a page from Mike’s book, and perhaps the most invaluable page would be the one in which that networking flare is underscored.  “Every time you meet someone new, you basically have an opportunity to give a presentation about yourself,” he points out.  “You may have to meet hundreds and hundreds of people before you really master that presentation, but that’s okay.  It will become the most important presentation you’ll ever give, so it’s worth it.”  Mike wrote handwritten thank you letters, built his confidence, and developed a web of contacts that ultimately enabled him to take the leap into realizing his entrepreneurial dreams.  He left ABC to work for a handful of other small media firms, achieving General Manager status to the point that he was running them.  “That’s when I knew I was ready,” he concedes.  “I was ready to deal with any challenge and ready to go out on my own.”

That’s when Mike got the call from the owner of Video Labs, who was part of his network.  “Mike, I have your resume sitting here,” the man had said.  “I’ve got a problem, and I’d like you to come into my office so I can talk with you.”  Mike had a score of opportunities at his doorstep at the time, but he had an inkling that the position open at Video Labs held the most potential.  He accepted it even though other options offered considerably higher compensation.  “I knew I wanted to be a business owner somehow, some way, and intuitively I saw that opportunity in Video Labs,” he explains.  And he was right.  In June of 2007, he bought the company.

For Mike, the craft of presentation is truly an art form that he’s perfected over the years, and he never would have been able to do so without the very unique and resolute sense of motivation with which he goes through his days.  “I don’t know how I got this trait, but when I’m motivated, you can’t stop me,” he avows.  “I’ve never been aggressive, but I am assertive, and if there’s something important that I want, I will find that opportunity to succeed.”  Part of this drive undoubtedly comes from sheer determination—throughout his 27-year career, Mike has only taken 8 sick days, all of which were during his tenure at ABC.

The other part, though, most certainly stems from his life mantra, a Yogi Berra quote that has rung true for him time and again: “It ain’t over till it’s over.”  The sports arena boasts countless illustrations of the concept, whether it’s the Yankees’ unexpected victory in the 1976 World Series or the Islanders’ claiming of the Stanley Cup in 1980.  Now, Mike refuses to leave a game before the final whistle sounds just as he refuses to admit that Video Labs has had a bad month until all of that month’s days have been crossed off the calendar.  “Life has just proven to me over and over that you never know how things are going to end,” he says.  “It’s not over till it’s over.”

When armed with that indelible motivation and that steadfast resolve to see things to the end, young entrepreneurs need only choose the message they want to commit their life to and then focus on presenting it to the world.  “There are going to be several times you’ll have to dig way down and use that unbelievable motivation to keep you going, but do it,” Mike urges.  “Things will knock you down along the way, but stay on track and don’t forget who you are and what you want.”  Your message will certainly evolve over the years, and your audience will undoubtedly shift as time goes on, but remembering that your presentation “ain’t over till it’s over” in this way means that there’s always time to make it stronger, sweeter, and more your own.