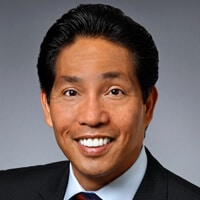 Much Ventured, Much Gained

When Armando Ygbuhay first learned about HCI | integrated solutions (HCI) in 2004, although not entirely impressed, he knew the company had the potential to be a lot more.  First launched in 1995, the company had achieved moderate success in its first decade.  Acting primarily as a seller and reseller of technology products, it was drawing $250 thousand in revenue at most any given year.  “To be frank, the business was not the most attractive deal for most folks,” Armando recalls.  “They only had a few contracts and had limited options for growth at the time, so I knew the endeavor was a risk, but I decided that it was a risk I was willing to take.  I was interested in what I could do with it and in the potential gains associated with it.”  It is often said that nothing is gained if nothing is ventured, and Armando decided to venture quite a bit.

He first got involved as an equity position and assumed the role of President and CEO after HCI’s original owners had a falling out with his partners.  Then one of those owners passed away within a year of Armando’s arrival.  Distraught yet determined to guide the company to new success, he restructured the organization, assuming the majority ownership.  He moved the headquarters from Florida to Fairfax, Virginia, and broadened HCI’s horizons by expanding into the services realm and focusing on the Federal marketplace, taking on the Department of Defense as its primary client.  Things were changing drastically for the small company, but it appears Armando knew what he was doing.  Within a year of this transformation, he had grown the company to $2 million in revenue.  Then, in the five years that followed, that figure escalated to a staggering $25 million, and HCI now boasts a work force of over 270 employees worldwide.  Today, the professional services firm provides information technology, training, and logistics support as their core services, delivering quality staffing and technology support to the Federal government on a global scale.

Armando had spent only five years working in the corporate world prior to his involvement with HCI, but this is not to say that he was not an expert in the firm’s subject matter.  Growing up in a home of modest means in a small town in Ohio, he had always held jobs, working a morning and afternoon paper route and then stocking shelves in the local grocery store.  “I was always accustomed to working, and when the store closed down, there weren’t many jobs to be had around there,” he remembers.  “So, driven by circumstance and ethic to work, I joined the army at age 17.”

In a sense, being in the military is about orienting one’s self toward the future.  “In basic training, a large part of the indoctrination process revolves around succeeding and winning,” Armando explains.  “What else is there?”  Ingrained with this progressive attitude at an early age, he found himself constantly driven to seek out the life tales of older military personnel—those who had already retired or who were facing retirement.  He was fascinated by their stories, finding invaluable life lessons woven between the words that he incorporated into his own system of discipline and planning.  “Some of the stories were good, while others were bad, and I tailored their lessons into where I wanted to go and what I wanted to do,” he says.  “It was an almost academic pursuit to learn through the experiences of others.  You don’t know what you don’t know, you know?” he adds with a laugh.

Armando’s military career spanned twenty years, and in that time he forged an extensive network of invaluable contacts and an unrivaled expertise in the field.  When his second decade of service came to a close, he submitted his retirement paperwork with confidence, unsure of the exact path his future would take but certain that it would be a good one.  He had several job offers in the DC metro area, so he made the cross-continental move from the state of Washington, beginning his new career within a week of the transition.

“The military was all I had ever known, but I had always been fascinated by the corporate world,” says Armando.  He accepted a position with AT&T initially as a Subject Matter Expert and later transitioning into the role of project manager for several government contracts.  The company had recently acquired GRC International, which was to comprise its Federal services branch. The initiative was not without its growing pains, but Armando appreciated the experience, only deciding to leave after AT&T was purchased by SBC.  “I realized that, if I was going to go through an organizational change like that, why not just go out on my own?” he recalls.  “I had always considered pursuing my entrepreneurial drive, and the acquisition of AT&T set things in motion organically.”

Interestingly enough yet unsurprising in light of his character, Armando’s involvement with HCI has never been about money.  Rather, it was about taking those life lessons he had absorbed and applying them in strategic and effective ways to achieve success where few would dare to try.  “I was most driven by the challenge of making this company great,” he explains.  “As the President and CEO, I had direct control over the risk I was taking and felt comfortable about that risk.”

A strategist by nature, Armando recognized early on that it would be difficult for a professional services company to differentiate itself from the competition based on quantity.  Thus, HCI instead focuses on quality.  “We really take the time to invest in finding the most qualified and skilled individuals for our clients’ staffing needs,” he says.  The company pursues skill sets primarily focused in logistics and maintenance supporting facilities services, which makes up about seventy percent of its business.  “That’s my background, and that’s the marketplace I know best,” Armando confirms.

Despite the notoriously tough environment of our nation’s military, Armando maintains that bringing the company to where it is today has been his greatest challenge, and guiding it toward even greater success promises to be his greatest challenge in the future.  Indeed, HCI has enjoyed small business success and has been able to capitalize on the opportunities that have come its way so far, but Armando has his sights set on taking the enterprise to the next level.  “We’re well on our way to achieving a large business status, and I don’t want to be one of those companies that falls back into the small business realm,” he explains.  “In all things and in all aspects of life, I am firmly committed to moving only forward, never backward.  Because going backward is simply not an option for us, what does the future look like?  This is what I am exploring now.”

A performance oriented company, HCI’s motto is Make it Happen, and it employs this motto as it progresses steadily toward Armando’s vision.  HCI measures this performance through consistency and completion of projects, and Armando maintains a leadership style that demands excellence.  His primary role at this point in the organization’s development is the establishment of an infrastructure that supports the growth of the company, while also focusing on driving that growth through business development initiatives.

Make it Happen.  It’s a motto that hearkens back to Armando’s military days when he had his hands inside nuclear bombs.  Working with nuclear components demanded more from the soundness of his psychology than it did from the dexterity of his hands.  It’s the motto that he lived by in fostering strong relationships with his children, whose childhoods were largely lacking in the immediate presence of their father due to the aftermath of divorce and the stark realities of being stationed in different parts of the country.  “I’m a firm believer that you have to turn bad experiences into good experiences,” Armando avows.  “Make lemonade out of lemons.  If someone thinks ill of you, consider it a challenge and an honor to prove them wrong.”

By employing this philosophy, Armando is able to see life’s adversity and challenges through a unique lens—one that views each difficult encounter as the kind of growing experience that living is all about.  “There’s always room for improvement, and embracing challenge rather than running from it is the key to unlocking those opportunities” he points out.  “With this in mind, I run HCI by setting the bar high, achieving those goals, and then setting the bar higher.  We’re about perpetual growth, so we’re always looking for that next level.”

In advising young entrepreneurs entering the workforce today, Armando echoes the importance of this pursuit of opportunity, as life-changing moments can be hidden in even the most obscure of experiences.  “Life is all about timing and putting yourself in a position to capitalize on opportunities,” he emphasizes.  Armando himself, for instance, joined the military after the unexpected setback of losing his job, yet he considers this move to be among the best decisions of his life.  Had he resigned to the discouragement of the immediate moment rather than orienting himself toward the future and pursuing new thresholds, he could never have become the leader he is today.

Beyond this, it comes as little surprise that he also stresses the importance of learning from those around you.  “Everyone has a history,” says Armando.  “Though you may be starting from the beginning, you don’t have to start with nothing.  Use the stories of those around you to turn yours into a great one.”  When one understands that the wrong answers can hold just as much value as the right answers and that hardship is often the vehicle through which true strength of character is composed, life’s challenges become not only necessary, but welcome.