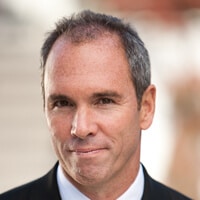 The hall was filled with five hundred people; maybe more.

As the audience rose to their feet in collective recognition, their applause filling the air with insistent jubilance, Brien Biondi couldn’t believe his eyes.  He was certainly no stranger to success.  In fact, he had invested much of his professional career to the promotion and celebration of the achievements of others, especially through his work to support CEOs and company presidents through his leadership of the Entrepreneurs’ Organization (EO).  When those same CEOs and presidents were granting him a standing ovation for that work, Brien remembers today, a certain feeling of uncharacteristic timidity overcame him.

“I’m very comfortable on stage talking about everybody else, but I don’t like it so much when it’s about me,” he explains today.  “Every great leader has a great team, and for me, I like to recognize that team.”  Now the President and COO of League Asset Corp, Brien’s advocacy for collective triumph is evident throughout his professional career, and nowhere is it accentuated more than in League’s commitment to bringing real estate investment opportunities to the average investor.

League Assets Corp. may be only five years young, but it has already distinguished itself as an innovative, multi-platform vehicle through which individuals with investment portfolios of virtually any size can reap the benefits of the real estate industry.  With both a publicly and privately traded REIT, the firm also boasts a syndication platform that identifies and secures new projects on a quarterly basis.

What truly puts League in a league of its own, however, is its utilization of the Internet to accomplish its goal of reaching the average investor.  Through Google banner advertising, social media tools like Facebook, and the free gift of their sleek publication The Blue Book of Real Estate Syndication, the company generates over a thousand leads each month.  Member service managers then reach out to these leads and educate them on their real estate investment opportunities.  When an individual decides to invest in one of their platforms, that person then becomes a member partner with League.

“What’s nice about this approach is that we’re letting average individuals buy into a project, and we’re not a blind pool,” Brien points out.  Through this model, his team has recruited 2,700 member partners to date, and the firm raises $5 to $10 million per month through their syndication platform alone.  Every project is different, but the general timeframe is around three years, and League always has new investment opportunities launching as established projects wrap up and pay out.  Teeming with activity and constantly reflexive, the cap for League is yet to be imagined.  “We’re currently looking to build out globally, and we’re hiring a lot of talent,” Brien reports.

While its growth margins are impressive, League’s success is about much more than just numbers on paper.  At its core, this achievement is rooted in a set of core values that promote integrity amongst its employees and trust amongst its investors.  “Our credo is part of our culture, and we measure ourselves against it in our day-to-day operations and strategic decisions,” says Brien.  This mission statement pledges complete transparency, a commitment to treat others with dignity and respect, and the principle that the firm’s word is its bond and must be worthy of trust.  “This is how we operate as an organization and is very much from the heart,” he affirms.  “Our Internet presence really allows people to connect with this credo, and it is absolutely fundamental to the business we run and the relationships we develop.”

Brien was raised in Connecticut right outside of Hartford.  As the oldest of six children, he was also the most aggressive, expressing a strong leadership streak that would evolve to become a definitive aspect of his character later in life.  “Our family always encouraged structure, and I grew up in an environment where everyone had jobs,” Brien remembers.  “I sold fruit, cut lawns, delivered newspapers—you name it.  I didn’t make straight A’s like my sisters easily did, but I had a lot of EQ, or emotional quotient.”

Nowhere was this EQ more emphasized than in Brien’s junior high stint as a radio co-host for a Saturday morning show called Teen Talk.  After obtaining his FCC broadcasting license, he would go out and interview a slew of fascinating personalities, ranging from the state governor to tennis stars like Arthur Ash.  Initially averse to the idea of attending boarding school for high school, he quickly changed his mind once he saw that the campus had a radio station of its own.  It was at this boarding school that Brien first learned to embrace independence, diversity, and leadership, building relationships with classmates from around the globe and graduating as President of the School.  “It was one of the most impactful experiences of my life,” he says now.  “I left as a totally different individual, and I had big aspirations for college.”

In his sophomore year at American University, Brien got a job running the sports program at a local elementary school, and his leadership skills affirmed themselves again when he decided to launch a nighttime baseball league there.  The school lost its athletic funding the subsequent year, but Brien decided to take matters into his own hands by starting a 10-week after-school sports session, charging $50 per child.  Overwhelmed with interest, Brien hired several American students to coach in the program, and he offered even more programs the next semester.  The enterprise was so successful that his mother suspected he was selling drugs.  “Ma, I’m telling you, I’ve got this business,” he would tell her with a laugh.

Brien then graduated with a degree in accounting and spent the next several years working with KPMG, which he describes as a tremendous learning experience in that he was constantly being exposed to new businesses and how they operate.  He then went to work as a controller for the Archdiocese of Washington for five years, during which he was able to observe the inner workings of the church.  “I also had the opportunity to learn about the good that comes from doing your business in an ethical and just way, which factors largely into the credo that sets our business apart,” says Brien.  “It was a very insightful experience.”

After that engagement, Brien accepted the position of CFO of World Presidents Organization, which marked his first real exposure to CEOs and global leadership coaching.  “I began traveling and going to educational events, and I became acquainted with the challenges that CEOs were facing, as well as the importance of peer-to-peer learning,” he points out.  “I came to understand how truly lonely it is at the top, and how valuable it is for CEOs to be able to sit down at the table together regardless of their industry to talk about the issues they share in common.”

Brien married his wife Amy in 1997, and that same year, he accepted a position as CEO of the Young Entrepreneurs Organization (YEO), which later fused with the World Entrepreneurs Organization to become EO.  “The experience of running these organizations had a huge impact on my life, growth, and learning,” Brien affirms, of his seven years leading the organization.  When one takes into account the effect he, in turn, had on EO, one can safely assume that the feeling was mutual.  During his tenure, Brien grew the organization’s staff from five to almost 60, and membership increased dramatically from 1,200 to 6,000.  They opened offices in Asia, Europe, Latin America, and Canada, and they distinguished themselves as the primary organization serving young entrepreneurs today.  By assembling, educating, and supporting these young entrepreneurs, Brien and his team facilitated the creation of wealth and job opportunities worldwide.

After finishing his time with EO, he spent almost four years leading Chief Executive Organization (CEO), which promoted global educational collaboration between some of the world’s most prominent CEOs and connected them with important business and political figures.  His expertise was used to build the brand and to facilitate new events focused on economic, political, and social learning.  Brien and his wife then took a year off to travel with their two young children—something he will always remember as a seminal experience in his life.  “This time really allowed me to focus and consider what I wanted next in my career,” he muses.  “It was the first time in years that I could really free my mind, and it allowed me to thoroughly explore the opportunity with League before taking it.”

As Brien got better acquainted with League, he was impressed with the sheer volume of opportunity that lay imbued in its business model.  The company had been launched by two individuals—a genius-type 30-year-old who excelled in the real estate and finance aspects of the industry and a brilliant marketing personality who laid foundational building blocks for the company’s credo. But they needed someone to run the company while they were out in the field.  “Through our discussions, it seemed like a good fit strategy-wise, and I wanted to come into a company in its early stages so that I could facilitate and share in its growth,” says Brien.

Since joining League, Brien’s greatest contribution has been his extensively honed leadership experience, breaking down silos and promoting collaboration and structure.  “I encourage pushback but I won’t tolerate resistance,” he says.  “It is of the utmost importance that the team challenge me and each other as we discern the right decision for us, but at the end of the day, we know that there is trust.  This is key—it’s what allows us to gel and move forward as a team.”

In advising young entrepreneurs entering the workforce today, Brien advocates for the same kind of aggressive drive toward one’s goals that he exhibited as a child.  “Unequivocally, I would urge you to go out and start a business,” he affirms.  “Don’t worry about failure.  You’re young, and it only gets harder to take a risk like that as you get older.”  He does not, however, recommend that someone enter the business world blindly.  Rather, finding a good mentor is the key to success.  “It could be anybody,” Brien says.  “It could be the person running the store down the street.  Just find someone who is older, more mature, with experience, and with success.  Introduce yourself and ask them to mentor you, and meet with them on a monthly basis at a minimum to gauge your success and keep you accountable.”

Beyond this, Brien echoes the importance of perseverance.  “If a business survives through its first 12 months, odds are that it’s going to go,” he reveals.  “Just keep persevering through that first year or two.  Then, once you’ve established yourself, I believe in the mantra of ‘learn, earn, live, give.’  This should be a predominant part of your thinking and culture.”  By adhering to these principles and pursuing one’s inner entrepreneurial spirit with innovation, integrity, and drive, today’s young entrepreneurs can begin making their purposeful way toward tomorrow’s standing ovations.