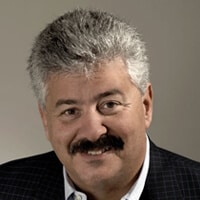 The very best businesses are those that can seemingly create something out of nothing, providing customers with such cost-effective and quality products that they’re left to wonder how the company manages to make a profit.  In essence, they are the win-win situations—those in which both the client and the company are delighted by the outcome.  Some companies even take it a step further, creating win-win-win situations where a third party benefits as well—a manufacturer, for instance.  But one company even surpasses this ideal, bringing forth the win-win-win-win experience.

It is amusing that, while most businesses prohibit the use of Facebook and other social media sites at work, this win-win-win-win company actually embraces it.  Andy Zeinfeld, however, considers these modern networking tools an imperative part of his workday.  As the CEO of Simplexity, one of the leading wireless retailers in the country and the largest online American retailer of wireless devices, Andy leverages these sites to analyze up-to-the-minute feedback from customers.  The fact that he monitors such online venues each morning and evening is just one of many examples in which Simplexity has harnessed the power of the modern internet community and used it to transform the way we conceptualize of business today.

Simplexity was formed when the assets of InPhonic, Inc, a company founded in 1997 that filed for bankruptcy in 2007, were purchased.  As part of that transaction, Simplexity acquired Wirefly.com, a site where customers can easily compare cell phones and rate plans across carriers to select the purchase that’s best for them, and at a fraction of the cost.  Wirefly customers often pay $50 to $200 less than they would in a retail store.  A hot-off-the-presses Android-powered smartphone selling in the store for $225 with a $100 rebate, for example, might very well sell on Wirefly for free and without the hassle of rebates.  The dramatic price reductions are made possible by the fact that Wirefly is internet-based, which keeps company costs substantially lower than those of traditional bricks-and-mortar venues.  When a consumer buys and activates a phone through Wirefly, the carrier, in turn, pays a commission to Simplexity for acquiring a new customer for them.  The consumer is thus paying for the same coverage and the same customer service they would get when buying directly from the carrier, but does not shoulder the burden of the retail store, salespeople, and advertising expenses.  It’s a win for the customer, a win for the carrier, and a win for Simplexity.

Simplexity also builds and operates private-labeled websites to sell wireless products and services for some of the most recognized brands in the world, including RadioShack, Sears, Kmart, Dell, HP, Target, TigerDirect, and Newegg, in return for a commission.  Its proprietary e-commerce platform offers technology solutions that include online merchandising, rate plan management, procurement, high-level customer care and customer relationship marketing, billing, order processing, automated cell phone activations and fulfillment.  These big name retailers partner with Simplexity to leverage its infrastructure so they don’t have to invest money to build a costly system to sell phones.  As a result, both Simplexity and the retailers receive a pure profit for every customer that purchases a phone via their websites. Thus, the definitive fourth win is added to the equaion.

One fatal flaw of InPhonic’s business model and strategy was its focus on top-line growth and, therefore, the lack of focus and selectivity in its customer base.  If an individual received a free phone and then neglected to pay their monthly bill to the carrier, it could cost InPhonic up to $400 for the loss of the equipment and of the commission from the carrier.  To remedy this, Andy now insists that Simplexity runs fraud checks and credit score reviews on every customer before approving an order and shipping a phone.

The other Achilles’ heel of InPhonic was its preoccupation with hyper top line revenue.  “Having top line growth is great,” Andy concedes, “but you have to have bottom line profitability to support it.”  InPhonic excelled at selling its product, but it constantly did so at a loss.  This mistake was perpetuated by a weak alignment between growth and expenses.  “You cannot allow expenses to outpace growth, and vice versa,” says Andy.

Thus, when Andy first joined InPhonic in 2006 as President of E-Commerce, he could tell instantly that he had his work cut out for him.  “My job wasn’t in Profit & Loss or Finance, but I could see the writing on the wall,” he reflects.  When he stepped up to the plate as CEO toward the end of 2007, he could discern within the first thirty days that InPhonic had made itself the brunt of a win-win-win-lose situation.  Confronting the challenge of declaring bankruptcy, he organized a conference call before sending the news public and invited each employee to participate.  “My job is to build a future business,” he told them, “one you and your families can be proud of; one in which you can feel secure that you’ll have a career and a paycheck week to week.”  If anything has been driving his work ethic and dedication since that day, it has been this promise.

At this point, Andy met with representatives from Versa Capital Management, a private equity firm that invests in companies where it identifies real potential in the business model.  Along with his management team, Andy pinpointed the exact obstacles InPhonic faced and the specific steps needed to overcome them.  Versa knew value when they saw it and quickly bought the assets of the company, thus ending the dog days of InPhonic and launching a new era with Simplexity.  The power inherent in the basic business model has remained intact since the transition, but the overall execution, management, and quality control have changed drastically.

This comes as no surprise when one considers the brand of leadership that Andy employs.  Above all else, he is uncompromisingly committed to detail-oriented execution.  “I believe in dotting the i’s and crossing the t’s,” he says.  “It’s all in the details.”  Associates often advise that he shouldn’t be involved at that level, but he argues it’s just the opposite.  “I’m the CEO of the company, and therefore every detail means something to me.”

This acute level of specificity parallels the work ethic of Andy’s father, who is known to compute numbers in his head faster than many people can punch them into a calculator.  The man, who owned harness race horses, would arrive at the stable early each morning to watch them train and would then stay late through the evening to watch them race.  He would thoroughly analyze the competition as well as his own strong and weak points, and his knowledge of which horses to pick, breed, buy, and sell was unmatched in the industry.  A business orientation permeated both his professional and personal demeanor, and he often shared the concepts behind the numbers with his son.  “Both of us only know how to do things one way: all the way, or not at all,” Andy explains.  “There is no part-time.  I think people are either wired this way, or they aren’t.”

With his father racing horses throughout the country, it was not unusual for the family to move three or four times a year.  Once the constant uproot became too much, they settled in California, where Andy applied his excellent work ethic to his first job as a part-time salesperson at RadioShack in 1979.  Making $1.95 an hour plus commission, he adored the experience so much that he stayed with the company for the next twenty-eight years.  He did not pursue a college education, but this was irrelevant to his success.  “Working there was the best college education and the best MBA program you could find,” he confirms.  Quickly moving up the ranks from store manager, to district manager, to more senior executive level positions, and eventually to Chief Retail Officer for the entire corporation, Andy loved to assume leadership in the worst markets because he knew he could turn them around—a skill echoed in his later success with Simplexity.

Ever since he first received a sales call at RadioShack from an InPhonic representative, he thought the business model was ingenious.  Not only could InPhonic help RadioShack by handling its website, but it had so much potential.  “I had a vision of it being replicated over and over again, leveraging infrastructure like RadioShack did,” says Andy.  He built close ties with InPhonic’s CEO, who often discussed Andy coming to work for the company.  Andy, however, remained hesitant, as he had always pictured his future with RadioShack.  Then, by a serendipitous turn of events, he was vacationing with his wife two years later on a small island off of Florida when he heard someone call his name from down the beach.  With less than two hundred people inhabiting the region, he was incredulous to find InPhonic’s CEO waltzing toward him and took it as an omen, finally resigning from his position as Chief Retail Services Officer, which oversaw a division he himself had built from scratch and ultimately grown to two thousand employees.

“Looking back at it, I’m one of the luckiest guys that’s ever been around,” he concedes.  “I’ve built relationships with some pretty fantastic people.”  In fact, many of the skills behind his success—the power of cash flow, the ability to mine for answers, the nuance of customer service—are directly linked to the people that populate his personal history.  The former CEO of RadioShack, Len Roberts, for instance, taught him how to work effectively with people and about the importance of managing with two ears and one mouth—in other words, the most effective leaders listen twice as much as they speak.  Andy values these individuals not only as business partners, but also as friends.  His genuine fascination with and affection for humanity has not only enriched his life, but has also made him the incredible success story that he is today.  His greatest piece of advice to young entrepreneurs, then, is essentially to be a human sponge.  “You can learn something from everybody,” he urges.  “Even the person you dislike the most will teach you something good, so you have to listen.”

Of Simplexity’s future, Andy is unwaveringly optimistic, and with good reason.  “We’ve got an oyster here,” he marvels.  “There’s no telling how big or successful this company can be.”  The true basis for this confidence is the fact that the company’s tremendous growth and success thus far have come despite its relative obscurity.  Because they haven’t invested the billions of dollars in marketing that many of their contemporaries have, Simplexity and Wirefly.com are relative unknown.  When they fully invest in building the brand to lock down top-of-mind awareness, returns promise to escalate accordingly.

Not only does its business model make for such potential, but also the industry itself boasts tremendous opportunity.  With connectivity and technology growing at what seems an exponential rate in terms of capability, breadth, and prominence, Simplexity is privy to an ever-expanding product base.  Today, Andy expresses interest in leveraging this power to expand the company internationally. “We’re lucky,” he says. “We’re at the right place at the right time.”  Without a doubt, Andy will continue to help Simplexity win-win-win-win for many years to come.