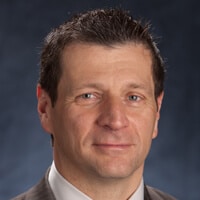 When David Dacquino arrived home in Tucson, Arizona, from a business trip in Chile, he was expecting his workweek to resume its typical demanding yet fulfilling pace.  What he couldn’t have guessed, however, was that his life was about to acquire a new dimension—one that would take his understanding of “demanding yet fulfilling” to new heights, both literally and metaphorically.

“I’ve signed you up for that mountain climb you wanted to do, and you start with your trainer tomorrow morning at the gym,” said his wife, Mary.

Several months earlier, Dave had overheard a discussion between family friends about summiting Mount Rainier and receiving their mountain climbing certification.  Employed by Raytheon Missile Systems at the time, his job delivered considerable mental challenges yet made no physical demands of him, and as he was constantly seeking such demands in other aspects of his life, his interest had been immediately piqued.  He had set the possibility on the backburner, however, until Mary had so graciously, if not unexpectedly, brought it back to the forefront of his attention with her announcement.

True to form and never one to shy from a challenge, Dave showed up for his first day of training the next morning, and in no time he had completed the rigorous course.  He did indeed summit Mount Rainier, earning his official certification and, in the process, cementing what would become a lifelong love of mountain climbing that would not only characterize his capacity for personal and physical greatness, but for professional magnitude as well.

“The sport challenges me physically, emotionally, mentally, and spiritually—it’s all-encompassing, and in that, it’s perfect for me,” he gushes today.  The true breadth and scope of this challenge is epitomized by the time he climbed Aconcagua, the highest peak in the Americas.  “During that climb, I hit a wall and couldn’t go any further,” he recalls.  “I was emotionally wracked, physically empty, and scared.  Somehow, though, I broke through that wall, eliciting a euphoric feeling the likes of which I had never experienced.  Finding the inner strength to see that a perceived wall isn’t really a wall was a true lesson in mind over matter—an idea which I had never truly ascribed to before.  Ever since then, when my work gets me down, I use this lesson to recalibrate, reset my footing, and drive forward.”  Now the CEO of the U.S. company VT Group, owned by Babcock International Group, a UK-based company specializing in military support contract work, Dave continues to use his strength of character to summit any challenge, be it business or geological.

The VT Group actually began as two collections of shipbuilders, Vosper and Thornycroft, which came together under the Royal Navy of the United Kingdom 150 years ago.  As maritime legend has it, the group eventually permeated the larger shipbuilding and modification industry and then later migrated further into the services business.  Moving out of the maritime sector and into critical asset management, the VT Group assumed maintenance of all vehicles for the London metropolitan police, decommissioned nuclear submarines, and retired nuclear facilities throughout the UK.  Beyond such sophisticated and complex critical asset management responsibilities, the business assumed an educational role as well, including the training of BMW mechanics and of army, navy, and air force personnel.

This broad spectrum of services was lent new expanse ten years ago, when the VT Group began acquiring companies in the U.S.  This intercontinental endeavor began with the purchase of Griffin, an infrastructure management company that maintains the King’s Bay nuclear submarine base on the Southern East Coast.  They also manage NASA’s launch facility on the East Coast, as well as Fort Huachuca, where U.S. Government unmanned aircraft are maintained and tested.  VT then bought Milcom, a C4I communication control computer company that works on maritime, nuclear submarine, and surface ships.  Through this acquisition, VT assumed upgrade responsibilities of communications and self defense systems for the U.S. Navy and now augments those services with physical security and healthcare IT as well.  Finally, VT made its third major purchase, AEPCO.  In this acquisition, VT works for the Army Materiel Command handling an array of rotary wing aviation logistics challenges from maintenance assessment to field oil analysis.  Last year, under Dave’s leadership, VT Group acquired an unmanned aircraft services business.  Today, VT’s U.S. business is a half-billion dollar operation with a workforce approaching  two thousand five hundred.

When VT Group first came knocking on Dave’s door, he had spent 27 years working in large U.S. corporations and was situated well at Raytheon.  VT was headquartered in Alpharetta, GA, at the time, and had issued a mandate to consolidate its three companies into one major operation while looking for additional acquisitions and continuing to grow the business, evolving into new markets while exiting others where the company seemed to have run its course.  Dave initially declined, opting instead to stay with Raytheon, which boasted more internal mobility and greater access to resources and assets.  When VT came knocking a second time, however, Dave utilized his mountaineering mindset to recalibrate and reconsider.  “After meeting with the UK leadership team, I became excited about their vision and where they wanted to go,” Dave remembers.  “I recognized a unique opportunity to guide and shape the culture of the U.S. operation from its fledgling stages according to that vision and through my own experiences.  I would have the leeway to instill the better features of a big company while leaving the bureaucracy out of the blueprint, and I found a certain thrill in the prospect of that challenge.”

Why did VT set its sights on Dave?  An aeronautic engineer by education, he had spent many years on the aircraft manufacturing side of aviation but had also accumulated nuanced experience in the services side.  “With my dual background in service and U.S. defense, VT also appreciated the aggressive currents of my character and forecasted the ways in which I would be able to change the markets of the company,” he reflects.  “Moving into the U.S. was a bold move for VT, and some of the acquisitions hadn’t been targeted exactly right, so they were looking for major changes.  I knew it would be a formidable task—despite this fact, or maybe because of this fact, my wife and I decided it would be a good fit for me.  Though the revenue size was a third of what I had handled at Raytheon, the challenge was much broader, and I had total ownership reporting to a Board.  It was an opportunity to stretch my wings and realize my full potential, and it was a great decision for me.”

Dave had always wanted to be a pilot, but when he graduated from Farmingdale University flight school in 1978 into an economy where most pilots were out of work, he realized he may need a Plan B.  This realization was seconded by one of his professors when he began studying at Arizona State, who said he should consider engineering as a backup.  As luck would have it, he realized an immediate affinity for the industry, and he was promptly hired by Lockheed upon finishing school to build aircraft in Burbank, California.  Seven years later, he transferred within the company to Ontario, California, where he transitioned into the services side in the deployment of the aircraft.  “It was in the midst of the Cold War, and I had entered into an aspect of the business where you really get your fingernails dirty, sending people into harm’s way on missions throughout the Soviet Union,” Dave reflects.  He also worked special operations for C130s, and such aircraft played pivotal rolls in operations like Kosovo and Kuwait.

After this period, Dave was advised that he would benefit from learning the electronics side of the business, so he worked for a business in New Hampshire before making his fourth move to Lockheed in South Carolina where he would lead the consolidation of the company’s aeronautical support services.  Still drawn to the services side of the business, however, he then transitioned over to Raytheon Missile Systems in Tucson and then to Raytheon Technical Services back on the East Coast, from whence he made the leap to VT.

“I think the swift forward motion of my professional evolution was fueled in large part by my willingness to take on some of the uglier jobs,” Dave reveals today.  “For instance, I remember a time when Lockhead was trying to budget, calculate, and figure out how much it would cost to deploy people as part of one of our assignments.  The government needed financial forecasts of what it would cost to do so, but none of us knew how to provide those.  Still, I raised my hand and volunteered to take on the learning curve.  This got me into the financial side of the business and helped me to understand contracts.”

Taking on such challenges augmented Dave’s engineering background with an understanding of the financial side of the business, and this expertise was further enhanced down the road when he earned his MBA.  “My willingness to be versatile and to talk several different languages lent me a skill set that afforded me opportunities that others didn’t have,” he recognizes today.

Beyond these hard skills, Dave also strove to acquire and practice wisdom from mentors and role models whenever he could.  “One mentor taught me to never let anyone get between you and your customer, and to never insulate yourself,” he remembers.  “I also learned not to take myself too seriously.  These lessons served me very well moving forward.  I made sure I was always walking the floor, getting to know the people I was working with and really understanding what the business was.”  Acquiring this level of diversity, both in understanding people and in understanding the job, propelled Dave forward and was vital in realizing the success he’s attained today for VT.

Of all these successes, however, Dave holds that his ability to put his ego aside and utilize a collaborative leadership and problem solving philosophy is among his greatest triumphs.  “So many of us have been taught in the past that a dictatorial decisiveness is the way of business—that, as leaders, we must take the data, make a decision, and march,” Dave explains.  “But this isn’t how business works today, and it doesn’t work with a diverse workforce.  Young people are learning and responding differently; therefore, we as leaders must motivate differently, and being collaborative is the way to do this.”

This lesson, unsurprisingly, ties directly into the experience of mountain climbing that has so profoundly shaped Dave’s professional endurance.  “Climbing teaches you about following just as much as it teaches you about leading,” he explains.  “When you’re hanging from a rope at 20,000 feet and tied to other people, you care very deeply about their successes or failures because you’re one millisecond behind them, whichever direction they end up going.  You and your team must act as one organism, just as it is in the most successful corporate teams.  Each team member must actively participate in following and leading, and you can’t be a good leader unless you’re a good follower.”

This balance, as invaluable to the lives of mountain climbers as it is to the lives of companies, should be embraced by any young entrepreneur entering the business world today.  Adverse and mountainous terrain is inevitable in any life of ambition, yet approaching adversity with a sound mental physique and an immovable inner conviction allows one to embrace any summit, personal or professional, with the courage and perseverance it takes to succeed.