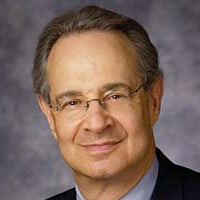 When asked how he would most like to be remembered, Thurgood Marshall said, “As someone who did the best he could with what he had.”  Rick Vernon not only admires this legacy, but lives it, taking what comes most naturally to him and building a life of success and impact upon these strong foundations.  A partner for more than 21 years with Lerch, Early, & Brewer, a preeminent regional law firm in Montgomery County, Maryland, he got to where he is today through his innate ability to bring the best out of people and spin it into meaningful relationships, whether the material of these relationships is friendship, business, or family.

In the 61 years since its inception, the law firm of Lerch, Early & Brewer has expanded to more than fifty attorneys dispers­ed across twelve discrete practice areas that include corporate, tax, litigation, Montgomery County real estate, health care, trusts and estates, domestic law, homeown­er association practice matters, and employment and labor law.  Rick joined the firm in December of 1990, immediately distinguishing himself through his launch of the employment and labor group, which he currently co-chairs.  The group represents management exclusively in all matters involving employment and the workplace, supplementing this focus through servicing senior corporate executives with counsel on employment or severance agreements.

“The quality of attorney here is amazing,” Rick marvels.  “Coupled with a culture of respect at all levels, Lerch Early is a wonderful place for a lawyer to work.  At its root, the culture stems from Harry Lerch, whose father was among the firm’s original founders.  Harry is the consummate gentleman, and he’s maintained a gentle and refined composure without fail throughout the 21 years I’ve known him.”  This is not to say, however, that Harry Lerch’s courteous demeanor was never tested.  Indeed, the firm dropped from thirty-eight lawyers to only twenty in 1990, plagued by practices that went flat or relocated.  The board of directors was replaced with a fresh cast of individuals committed to operating the firm as a true business, and as Rick puts it, “it has been a wonderful sleigh ride ever since.”  The firm emerged from those dark times and enjoyed particularly meteoric growth from 2006 through 2008, continuing to flourish in the years since then even despite the recession that followed.  “We’ve been able to maintain a very good, effective, vibrant business, and this is thanks to the great quality of our lawyers across the board,” Rick explains.

Rick’s education began at Haverford College and was continued at Columbia Law School, where he had a strong academic record but not a perfect one.  He established a sense of balance and prioritization early on which is still evident in his life today, and in adhering to this respect for balance, his heart told him to go with an agency rather than a law firm straight out of school.  “I had this inkling that I should further my own education at a government agency in order to make myself a prime candidate for law firms later on,” he remembers.  Thus, he launched his law career with the National Labor Relations Board (NLRB) in D.C., which gave him the labor field expertise that today proves so valuable in his current role.

Rick’s hunch proved accurate.  After five years with the NLRB, during which the organization relocated him and his young family to Philadelphia, he was picked up by a premier management-side labor law firm in Philly.  Two years later, he left that firm to accept a position with a smaller firm back in the D.C. area.  Up to this time, his practice had been restricted primarily to matters that involved dealing with unions.  Rick later worked for Epstein, Becker, & Green, which gave him the opportunity to delve into the other facet of management-side labor law that included discrimination and other workplace claims.  “Dealing with people is at the essence of employment law, more so than nearly every other field of law,” he remarks.  “It’s about conflict between people, and I took to this early on.”

Feeling as though he was ready to run his own department, Rick transitioned over to a Baltimore-based firm and worked on creating an employment law practice in their D.C. regional office.  However, he disagreed with the firm’s passive marketing stance, which revolved around the idea that clients will come to you if you simply excel at what you do.  “I was in the throes of learning at the time, trying to go out and generate my own client base,” Rick recalls.  “After five years, it was going well, but I decided that I wanted something more.”  It was around this time that he learned from a headhunter that Lerch, Early aimed to launch an employment practice.

Rick gave Lerch, Early, & Brewer more serious consideration when he realized that its client dealings were primarily with employers in the suburban area rather than in downtown Washington.  Both Rick and the firm took a chance on one another, and both couldn’t have been more right in doing so.  “It really feels that this is the place where I truly belong, and I’ll be here until I retire,” Rick affirms confidently.  The rest is, or will be, history.

Though his clients would not hesitate to speak of his strong grasp of the law and exceptional legal counsel, what has really set Rick apart in building and maintaining his law practice are his people skills.  “I’m pretty good at rubber chicken dinners,” he laughs, referring to his natural ability to befriend strangers and engender relationships at trade association and other large get-togethers.  “I’m not afraid to reach out my hand and say hi.  Good contacts are truly made through the one-on-one.”  Equipped with this knowledge, he has been known to pick up employer clients as he’s out walking his dog, jogging, or running errands around the community.  “My next aim is to meet a client on an elevator,” he says with a wink.

Rick’s infectious sense of humor and positive energy are invaluable characteristics in today’s law environment, where marketing has only recently become a major focal point for attorneys.  Despite practicing for more than four decades, he continues his efforts to expand his client base by working on his practice development plan, displaying a commitment to the kind of effective and strategic marketing that the law firm promotes overall.  “The biggest impediment to a great practice is a good practice,” he reflects.  Thus, in an atmosphere where the best firms are run as businesses rather than boutiques, Rick and his practice are certainly ahead of the curve.  His natural warmth is supplemented by a focus on his own ability to promote a sense of humor within himself and his clients that truly lends a unique edge to his outreach.  “I’ve heard that only ten percent of people can remember the jokes they hear,” Rick quotes.  “I not only remember, but can mentally categorize and recall them at the drop of a hat.  One of my partners says that I’m like an old jukebox.  Out comes the appropriate record—that is, a joke I can remember—which plays on the turntable and then goes back in its slot.”

Rick’s current demeanor and warmth warrant even more admiration when compared to his childhood personality, which was decidedly less secure.  With a father known for his charm and skills as an in-house general counsel for a Fortune 700 company, Rick was able to model himself after the man’s talents while also honing elements of his own unique style.  “I remember consciously thinking at age six that I wanted to become an actor,” he laughs now.  “After that, I always wanted to be a lawyer.”  He credits his father, then, as the most influential figure in his life, recognizing how he planted a love of law early on that flourished with time.

Thus, in an industry not traditionally known for being lighthearted, Rick’s character undoubtedly stands out.  “Humor has been a wonderful tool, first and foremost, in putting clients at ease,” he reflects.  “I’ve had many clients tell me how much better they feel after talking with me.  Frankly, I see this as my job.”  His impact, then, lies not only in providing exceptional legal advice, but in putting things into perspective for his clients, providing sound practical advice as well.  “After practicing for nearly 43 years, I’ve got enough war stories that I can often reassure my clients about their situations and relieve their anxiety,” he explains.

It is clear, then, that Rick has found a true sense of belonging in both his firm and his profession.  “The practice of law matches my personality perfectly,” he says.  “Do lawyers become compulsive people, or do compulsive people become lawyers?” he adds, laughing.  Competitive at heart and willing to do virtually anything lawful to achieve success, Rick categorizes himself as the latter—a compulsive person who became a lawyer.  Even greater than his commitment to success, however, is Rick’s commitment to ethical and just practices, which Lerch, Early, & Brewer strongly promotes overall.  “The firm has incredibly high standards of ethics,” he describes.  “It’s great to be in an environment where doing the right thing is expected.”

Above and beyond his prominence as a lawyer, however, is Rick’s prominence as a family man.  Now married to his wife and soul mate of 40 years, he has been blessed with three wonderful children who are now also happily married, two of whom have children of their own.  Spending time with family has always been a top priority, and Rick recognizes the monetary sacrifice inherent in maintaining fidelity to such a hierarchy.  “The law is a jealous mistress,” he points out, “but the opportunity to be a good father and contribute to my children’s success has been irreplaceable.”

When it comes to advising young entrepreneurs entering the workforce today, Rick’s lips are mostly sealed.  “I really never gave career advice to my own kids,” he remarks.  “If I saw a train wreck coming, I’d say something, but for the most part I let them find their own ways.”  Coming to learn about yourself and developing a clear understanding of what you can and cannot do is a vital step in the process of understanding and appreciating yourself fully, developing a true level of confidence in your own work.  “We may be chemically the same, but we are all wired differently,” Rick points out.  “Recognize who you are, appreciate your strengths, don’t overly fault yourself for having flaws, and look to the future, taking it one step at a time.”  In other words, know what you have so that you, too, can make the best of it.