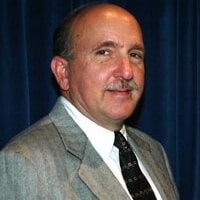 The Inspiration of the Inspired

It is often argued that a rational approach to life is far more logical than the act of relying upon gut instinct.  Research suggests, however, that the intuitive sense imparted through such instincts may offer a more thorough, comprehensive, and instantaneous catalogue of logic than any labored practice in rational exploration could hope to impart.  For Richard Gargaliano, it was precisely this inner sense of intuition that led him down a serendipitous path toward professional success and personal fulfillment that he could never have found without the courage to pursue the urging of a hunch.

Richard first sensed the whisper of this hunch when he attended a showing of the film Black Stallion, a stirring portrayal of the life of a horse.  Having never ridden a horse in his life, Richard wasn’t quite sure why he found the film so enthralling, but he felt compelled to see it in theaters a second and third time.   “I can’t quite place my finger on it, but I think I was inspired by the notion of trying to do something impossible,” Richard remembers.  “The notion of doing something that completely defied the boundaries of what people consider to be possible really touched me, and the horse became the icon that brought this whole concept together for me.”

Seeking fuel to keep the dream alive, Richard enrolled in horseback riding lessons and took a course at the University of Maryland on caring for horses.  “I didn’t know what I was going to do with it all; it was as if I was just collecting fuel for the dream until the right path became clear to me.”  This moment arrived one unassuming day when, sitting at home, he came across an Help Wanted advertisement calling for a horse hospital administrator.  With a textured background in hospital administration, Richard felt as though fate were almost palpable.  “I knew it was my ticket… My gateway into what I was supposed to be doing,” he reports.  Now the COO for the Marion DuPont Scott Equine Medical Center in Leesburg, Virginia, the rest is history.

To truly grasp the unique angles of the story, one must dive a little deeper into this history.  Richard’s eventual involvement in the medical field first took root when he found himself interested in sports and health while playing football at the University of Massachusetts.  When his interest in a vocation as a football coach evolved into an interest in medicine, he wanted to be a doctor but didn’t have a fitting academic record.  When an advisor remarked that he would make a great hospital administrator, however, his interest was immediately piqued.  Graduating in 1973 with a BS in public health, he then earned a master’s in the same field at the University of North Carolina.

“I finished that, and all I wanted was to save the world,” he recalls.  He believed he had found an opportunity to do just that when he accepted his first job with the United Mine Workers Health and Retirement Fund, which stationed Richard and his new bride in the remote and backwoods setting of Logan, West Virginia.  It was a rough place, but the couple set to work right away, with his wife Joan working at a local health center and Richard recruiting doctors to help improve the lives of coal miners and their families.

“I soon realized, however, that the fairy tale wasn’t what it seemed, as the industry was fraught with corruption,” he explains, indicating that his reaction to Black Stallion may not have been the first time gut instinct came in handy.  “As I gained more practical work experience and developed a keener eye for what was going on, I became a witness for a Federal government investigation and was able to assist with cleaning up the enterprise.”  Richard was then moved to Washington, DC, to provide assistance with the development of surveillance systems aimed to ensure that such programs were administered correctly.

From there, he accepted a position with Howard University Hospital, where his sense of professional accomplishment was forever altered by the influence of a supervisor who took a vested interest in his potential.  “It was the first time I had had a mentor who really believed in me, and it was truly empowering,” Richard describes.  “It was among the most important things I’ve gotten out of a job, as it imparted a new sense of self-confidence.”

It was perhaps this element of self-confidence that won Richard the position at the Equine Medical Center, as the experience of applying for the vacancy acquired a sort of self-actualizing air.  “I was convinced before I even went to the interview that I had the job,” he remembers.  “I felt so powerful, equipped with this sense of fulfillment and destiny.”  Indeed, it was as if he had been preparing for this opportunity for years, honing his skills as a successful healthcare services administrator yet unsure of which health sector he hoped to apply those skills to.  With his intuitive draw toward the notion of conquering the impossible as portrayed in Black Stallion, it was almost as if the horse were the symbol that brought the threads of his life full-circle.

“I don’t think there are many people who could approach this job with the same level of passion as I do,” Richard remarks.  “I envisioned myself in that position in my mind, and I think this showed in the interview.”  He didn’t leave his destiny up to chance alone, however.  Noting that most candidates would probably shake the hands of the various department heads and send them a written follow-up letter, he took it upon himself to sit down for an extended period of time with each department head after his two-hour interview.  “Reasoning that I had nothing to lose, I went around to everyone,” he remembers.  “When you really feel that you’re an extraordinary fit for a position, exhibiting a standard level of interest just won’t cut it.”

Richard’s dogged determination paid off, but winning the position was only the beginning of the challenging yet rewarding career path that has led him to where he is today.  The Equine Medical Center, which is part of Virginia Tech’s Regional College of Veterinary Medicine, serves to train veterinarians of the future in medicine and surgery.  Its 150-person hospital offers advanced healthcare services to the roughly 200,000 horses that populate the Mid-Atlantic 4-state area, approximately 3,000 of which frequent the hospital per year.

The hospital was first conceived of in 1983, when Marion duPont Scott wished to give a legacy gift of $4 million to Virginia Tech to sponsor a hospital that would address the need for regional emergency services for horses.  200 acres of land were donated to the cause, and as Virginia Tech had intended to start a specialty teaching hospital for horses, it entering the mix as well.  The building was constructed and opened for business in 1984, and today, the hospital is funded through a public-private partnership, with a heavy emphasis on the private.

When Richard took the helm in 1987, his belief in triumphing over seemingly impossible tasks would be put to the test from the outset.  Having operated on a deficit since its inception, the hospital was heavily in debt, yet Richard was not discouraged.  “I was so excited about the job that these typical red flags were not red flags to me at all,” he explains.  This unwavering sense of commitment undoubtedly stems from the deep inner connection he feels for his vocation, which lends him the fervor to weather any storm.  “This hospital is a destination for people to achieve their dreams,” he affirms.  “It changes lives and saves lives.  When people entrust us to save their animals, which are so often a symbol of sacrifice and love for their families, it is an honor and a privilege to have the opportunity to do that, and we don’t take it lightly.”  From this conviction, Richard has fashioned a future for the hospital that few would have thought possible when he first started with the organization.

How, exactly, has he accomplished such a feat?  “As people, we tend to live too much day-to-day,” Richard points out,  “but unless the day-to-day is framed in the context of the past and the future, it becomes meaningless.  If you don’t have the vantage points of where you’ve come from and where you’re going, where we are right now is rendered meaningless.  For example, our fundraising projections indicate that, by the year 2050, two-thirds of the hospital will be funded by donors alone, which means it is very possible that, someday, any horse will be able to seek treatment here regardless of their owner’s ability to pay.”

Richard’s methodology for keeping the hospital enterprise moving forward, then, is to use the power inherent in this vision of the future to prevent today from being an excuse for failure.  “When you put that vision out in front of constituents, they’re willing to help you with today’s problem because they know you have a future,” he points out.  Applying this mindset to academics, personal life, or whatever entity one believes in inspires a confidence that enables one to see today’s problems as miniscule and tomorrow’s triumphs as imminent.

Richard’s vision is nothing short of inspired, and it is precisely in this uplifting worldview that his story and leadership style instill inspiration in others.  “I always thought of myself as being inspired, not inspirational, but then I realized that there isn’t really a difference between the two,” he reflects.  “If you’re inspired by the forces that affect you, then you also have the opportunity to be inspirational to others, and it is in this capacity that you can compel people to believe that anything can happen.”

In advising young entrepreneurs embarking on their professional careers today, Richard stresses the importance of finding a vocation that inspires true passion in the individual, for that investment of heart and soul enables one to rise above whatever challenge they might confront.  “Take enough time to figure out what’s most important in your life and then go for it,” he urges.  “When you’re lucky enough to find what you love to do and then follow it, you won’t go home troubled at night wondering what you’re supposed to be or wondering if you’ve failed, and that’s a wonderful feeling.  When we discover what we’re meant to be and follow it, it’s like a self-sustaining fire.”  It is this fire that burns the impossible into the possible, at once inspirational and inspired.