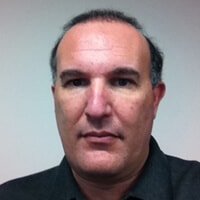 The "Fix It" Frame of Mind

In today’s increasingly specialized society, true “fix it” personalities are becoming somewhat of a rarity.  When something breaks, we are apt to pick up the phone rather than troubleshoot ourselves.  Danny Platt, however, was raised differently.  “Innately, I’m a fix-it guy,” he remarks, “and my life experiences have served to develop and accentuate that skill.  I was raised with the kind of mindset in which, if you need something done, you do it yourself.”

If Danny wanted something as a child, he was told to cut grass or shovel sidewalks to raise the cash to make it happen.  Then, working in a family-owned deli in high school, he grew accustomed to fixing what was broken or solving what was wrong.  Such an upbringing cultivates not only an outstanding self sufficiency, but an enduring sense of agency.  Now the President and COO of LifeStar Response, his example demonstrates how the fix-it mentality holds as a lifelong key to success.

LifeStar is a $110 million private ambulance company that was founded as a family-owned bus company in the 1970s.  The company underwent several acquisitions in the 1980s and 1990s, which included an ambulance company in Long Island.  When the founder, Richard Gabriele, brought in several private equity groups in 1997 and closed the deal in 1998, they then commenced acquisitions outside of New York and New Jersey.  The private equity took over the business in 2000 and has run it ever since, though Gabriele remains Chairman of the Board today.  LifeStar now boasts 1,500 employees and 400 vehicles operating in seven states, providing nonemergency ambulance services in New York, New Jersey, Baltimore, and D.C., as well as nonemergency and emergency services in Alabama, Georgia, and Pennsylvania.

Danny grew up in the suburbs of Baltimore and attended Towson State University, where he met his long-time friend, Brad May.  Brad’s family owned a private ambulance business, and he convinced Danny to get his Emergency Medical Technician certification so the two could work there during the summers and on weekends while in college in 1984.  “The class drew me in,” Danny remembers.  Impassioned by the experience of being in the ambulance and responding in a crisis, he began volunteering as a fire fighter and then received his certification as a paramedic, then working as a paramedic for the Baltimore City and Baltimore County Fire Department for ten years.

Though his commitment to emergency response remained unwavering, Danny couldn’t deny the call of the fix-it aspect of his personality when the May family asked him to run the operations of their ambulance company.  Accepting the position of Operations Manager for May Medical Transport in Baltimore marked his first foray into private business management, and with the company struggling at the time, Danny certainly had his work cut out for him.  “You’re much better off learning a business when it’s in trouble than you are trying to learn it when things are good,” he remarks now.  “You learn a lot more that way.”

It is often said that one cannot achieve tremendously if one does not risk tremendously, and Danny’s story is the quintessence of the adage.  Having always imagined that he’d spend 30 years with the Fire Department, making a nice living that afforded a comfortable retirement and a secure future, he’ll never forget the day Brad approached him with the challenge to throw caution to the wind and take a risk by going into the private sector.  “It was unheard of in my circle of acquaintances,” Danny recalls.  “Working for the Fire Department was a solid and rewarding experience, but I wasn’t creating anything.  I wanted to prove to myself that I could go out and create.”

He thrived off the challenge until the Mays decided to sell the business to a national company several years later, cueing to Danny that it was time to move on.  “My personality of operating in an entrepreneurial and aggressive fashion didn’t mesh well with the process-oriented corporate culture of the new ownership,” he recalls.  “Though it was disappointing to me at the time that I couldn’t adapt my personality to the role, I see in the long run that that it just wasn’t me.”  He departed to work for Yellow Taxi in Baltimore for several years, at which time his friend Brad reached out to him again and urged him to come onboard with LifeStar.

When Danny started in June of 2000 as Director of Operations for LifeStar’s Baltimore Washington market, the company in its entirety was only drawing $25 million in revenues.  Of that, the Maryland market comprised $4 or $5 million and was bleeding $75 or $80 thousand per month.  Danny was then told that he had until December to turn the region’s tides, so he immediately shifted his concentration to the basics.  “We went back to block and tackling,” he reflects.  “We knew that if we could repair our relationship with the employees and our relationship with the customers, then the financials would improve accordingly.”  True to form, the Baltimore Washington market was breaking even by December, and the upward trajectory continued steadily throughout the following years, with the market now drawing almost $30 million in annual revenue with 16 percent earnings.

Though Danny wasn’t aware of how dire the situation was upon accepting his position at LifeStar, it is unlikely that a more acute awareness would have deterred him.  In fact, it probably would have done just the opposite.  “Being a fix-it and operations-oriented guy, I was attracted to the challenge,” he explains.  “At that point, I wasn’t looking ahead at the prospect of becoming President.  Rather, my main focus was on turning LifeStar into an operation we could all be proud of.”

After the Baltimore Washington market showed such marked improvement, the CEO and the Board decided they would have Danny travel part-time to other operations to offer recommendations for change.  After doing this for a year, however, he found that one had to be present full-time in order to ensure the implementation of these recommendations.  Identifying the right people to run the businesses and oversee the implementation process then became a pivotal focus, and as these individuals were assimilated into the enterprise, LifeStar achieved a newfound stability that allowed its leadership to take a breath and consider what came next.  From his experiences thus far, Danny had accrued a nuanced understanding not only of the company as a whole, but also of the unique stories that accompanied each of LifeStar’s markets.  “You can’t take a cookie cutter approach to each location,” he reports.  “What works in Maryland doesn’t work in Alabama.  Each market has its own little story and you try to improve upon it, making it the best you can.”

Regardless of whether he’s developing solutions through hands-on, real-world solutions or through numerical analytics, Danny’s leadership style has always been one of swift responsiveness and results-oriented action.  “At big corporations, there’s a lot of discussion that goes on,” he reflects.  “There’s oftentimes a lot of red tape to get through.  That’s just not our company culture.  Through our familiarity with and expertise of the industry, we can respond quickly, intuitively, and effectively, without much discussion.”

To ensure that the LifeStar team is aligned and attuned to the company’s goals, they conduct what Danny jovially refers to as “hallway meetings”—quick, focused exchanges when such discussion is necessary, rather than according to a weekly schedule.  Jon Colin, the company’s CEO, parallels Danny in this management philosophy.  “We operate on the same personality wavelength,” Danny comments.  “We get things done quickly and don’t waste a lot of time hashing over them.  We’re about action.”

While this philosophy may exude an air of spontaneity, Danny actually attributes much of his success to the routine structure and discipline upon which his days are built.  “Having a routine sets up my day to allow me to solve problems before they happen,” he explains.  “It’s a focus on predictable chaos—being able to analyze the trends of any given situation through knowing what your indicators are.”  While seemingly at odds with the concept of hallway meetings, the two ideologies actually fit hand in hand.  Having a routine helps to eliminate predictable chaos and ensure that LifeStar’s leadership has a firm grasp on the variables of any given situation, and this in turn enables the team’s quick, action-oriented response to any unpredictable chaos that might arise.

Beyond instituting the kind of behavioral structure that Danny illustrates here, he advises young entrepreneurs entering the workforce today to truly listen as they go about their daily lives.  “To be successful at work, everyone always says one needs to work hard, but working hard at the right things is equally as important,” he emphasizes.  “Identify the key performance indicators that are important to a business and work toward helping those indicators improve.”

Employing a fix-it mentality, then, is as much about fixing problems before they arise as it is about fixing them after they’ve developed.  Likewise, it’s about taking a dire situation and turning it around one small problem at a time through intensive, interactive problem solving strategies.  “I’m not afraid to get in the mess and work things out,” says Danny.  “This is how one’s greatest challenge can be transformed into one’s greatest success.”