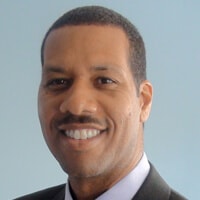 When David Doggette agreed to play the piano during a scholarship ceremony for Howard County in his hometown of Columbia, Maryland, he declined compensation, interested only in whether he would be randomly selected as one of the winning students.  His odds were one in two.  When the night ended and his name had not been called, the disappointment shone on his face.  Sometimes, though, it would seem that life presents us with small setbacks only to place us on the path leading to our greatest victories.

The woman who had requested the grace of his musical ability was quite dismayed at the outcome of the lottery, so when she ran across a notice for another scholarship, David’s name was the first thing that came to mind.  The National Security Agency (NSA) was essentially employing a select number of students to attend undergraduate curriculums in computer science, math, engineering, and foreign language through a scholarship that covered tuition, books, room, and board, and David decided to apply.  He was one of five students to be selected out of 50, and with that, he finished out one year at Oakwood College in Huntsville, Alabama, and transferred to Stanford University.

“To me, that was a miracle in itself and completely changed my outlook on life,” David marvels today.  Now the CEO of 2HB Software Designs, he credits this fundamental turning point in his life as the initial awakening of the entrepreneurial spirit within.

2HB provides consulting services with an emphasis on software engineering, systems engineering, management consulting, information security, web based development, and telecommunications systems and services.  Though their knowledge base is centered strongly on the Department of Defense, the company is slated to expand to serve other federal agencies in the near future, with the possibility of participation in commercial endeavors down the road.

David first met his business partner, Reginald Hay, at Stanford, where he was participating in the NSA scholarship program as well.  The two graduated in 1991 and commenced fulfilling their four-and-a-half year work commitment to NSA, but this did not stop them from exploring other career horizons as well.  “I had just earned my first master’s degree in computer science, and starting our own company sounded like a novel idea,” David remembers.  “We had knowledge that people found extremely useful.”  Thus, 2HB was launched in David’s townhouse in 1994 and was open for business in the evenings when the young entrepreneurs returned home after their nine-to-fives.  Their first contract was the coding of a PC-based software application to work on a Mac, teaching mathematics to second and third grade students using prominent minority figures in history.

David didn’t start working full-time for 2HB until 1998, when the small company was contracted to develop a 30,000 line Java application that utilized cutting edge technology to generate major monthly reports for the Department of Defense.  The project went well, but faced with dismal Federal budget cuts for fiscal year 2000, David and Reginald noted that the funding for both of their contracts had been reallocated.  Acting pragmatically, the two decided to put 2HB on hold, shutting the enterprise down from 2000 to 2003.  “We had enough confidence in ourselves to know that we were going to open up shop again when the time was right,” David reflects now.

“That interim was a perfect litmus test for identifying the entrepreneurial bug,” he continues.  “When people would ask me what I did for a living, I found it exceptionally difficult to answer.  When you’ve got that bug and are used to owning your own business, it really does a number when you have to say you work for someone else.”  With this in mind, David leapt at the first opportunity to return his focus to 2HB.

When Reginald agreed to meet David at a Thai restaurant in Virginia in September of 2003, David was ready.  The tragic events of 9/11 were still reverberating throughout the nation, funneling money back into the intelligence community and presenting new opportunities for contractors to serve the government in its time of need.  With such a textured history in that community, David and Reginald seemed ideally equipped to meet this challenge.  “With that, we put together a five-to-seven year plan and decided we would jump back in, really concentrating on the things we weren’t as well-versed in to maximize our competitiveness,” David explains.  “We perfected our rate structure and set forth our guiding priorities, which will always be our customers, our communities, and our employees.”

With its foundation deeply rooted in the Christian faith, David and his team strive to infuse their work with the tenets of love, family, integrity, altruism, and charity that so thoroughly permeate the spiritual landscape of 2HB’s founders.  “As Christian owners, we give a minimum of 10 percent of our profits to a wide array of charities every year,” David explains.  “As a result, we are proud supporters of everything from churches, to boys and girls clubs, to schools, to scholarship funds, to cancer research.  Being able to give back to the community is definitely an intrinsic value of having a business, because seeing the effect that giving has and sharing in that joy is priceless.”

Beyond their firm commitment to providing excellent service to their customers, 2HB also sets itself apart through its emphasis on creating a strong sense of family in its company culture.  Always adhering to the principle that family comes first, the enterprise offers an unparalleled benefits package that addresses the burdens of its employees on both a macro and micro level, whether it’s providing for 100% of the health insurance costs for employees and their families or supplying a monthly grooming allowance that gives the overall package a little something extra.

It is without the shadow of a doubt that David emulates much of this strong emphasis on family from the example set forth by his own father, who worked his way from the bottom to the top at the Social Security Administration over his impressive thirty-year career there.  “He worked exceedingly hard, but he never once complained about having to support my sisters and me,” David reminisces.  “His job was certainly stressful, and yet he never brought his work home with him.  When he was home, he was Dad, taking the time to engage me in a whole host of activities that made me a more well-rounded person.”  Now, with his father embarking on his post-retirement adventures of public speaking and assisting in building a church in Florida, David steps forward to fill his shoes in facing the challenges of balancing work with fatherhood.  With a young daughter and son of his own, David recognizes family as the very first of 2HB’s core values.

These core values have certainly led the company to success in the seven years since its reopening, having added two principals to its leadership team and 20 employees to its repertoire.  David currently works three days per week billable with two days reserved for overhead duties, which are split between business development and office or recruitment matters.  This division of labor capitalizes on his extraverted and outgoing nature, which is augmented by a visionary streak that keeps him ever focused on the next big thing.  Reginald, an ideal compliment, offers a pragmatic and analytical temper to David’s leadership style.  “I’m the one who sees a mountain and wants to conquer it, and Reginald is the voice of reason that allows us to consider the proposed course of action from all angles,” he explains.

Equipped with this balanced sense of leadership and venerable company culture, 2HB is now poised to assume a projected rate of aggressive growth over the next several years.  “Everything we did in 2010 has been gearing up for this,” David points out.  “People may think we do things backwards, but really it’s a methodology oriented around forward thinking and advanced planning.  We’re way ahead of the curve in terms of our infrastructure and ensuring that our processes are in place, such that we will be equipped to handle the coming growth.”  In an industry in which a company’s capacity to increase revenues is directly regulated by the number of its employees, this preparedness is crucial in ensuring an organic and smooth scaling of the enterprise.

Foresightedness of this magnitude is not honed without experience, and as he advises young entrepreneurs entering the business world today, David emphasizes the importance of seeking a great breadth of knowledge and experience before settling into a given career path.  “In a global sense, try to do things that will open up opportunities and ideas that will help shape who you want to be,” he urges.  “Things are so different outside of the United States, and until you experience that, it’s hard to have a nuanced appreciation for where you are, what you have, and who you share this world with.  Experience as much as you can while you aren’t tied down to a family, career, or job.”

Beyond this, David suggests a sincerity of motive and intention in all that one does, as these are sure to shine through to those around you.  “As a company, we’re going to treat people the way we want to be treated, and we’re going to do right by folks,” he affirms.  “If you give from your heart, people will be able to see that, and it will make all the difference.”  Pursuing this kind of spirit-filled success leads to the kind of holistic achievement that benefits not only the individual, but also society as a whole, and for this aspect of his character, David credits his parents.  “Throughout my life, I have tried to model my career and personal growth after my dad.  However, I must credit my mother for the excellent job she did in shaping me as a person,” he acknowledges.  “I’m blessed to have two wonderful parents that have not only been role models over the course of my life, but two of my best friends as well.”