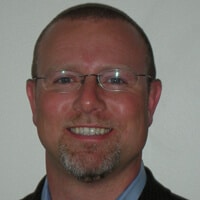 Among Friends, About Success

Reflecting back on the carefree days of childhood, it is not unusual to have a special place in our hearts for the neighborhood kids we grew up with.  What is unusual, however, is for such childhood friends to stay close into adulthood and launch a $30 million company together.  With society’s increasingly globalized and mobile lifestyle, it is far more normal to sweep from one place to another, making new acquaintances that often replace the old as we go.  But for Joe Brown, now the President of Accelera Solutions, going into business with lifelong friends has proven to be an endeavor that is as fruitful as it is fun.

Joe grew up with Chong Yi, Steve Daly, and Terrill Andrews in a quiet neighborhood in Falls Church, Virginia.  “We were a tight-knit group as kids, and we’ve been close all our lives,” Joe remarks now.  “We have a lot of trust in each other and no hidden agendas, which makes it really easy to work together.”

They parted ways after high school, attending different colleges and then venturing out into the workforce.  Joe and Steve followed parallel paths, both accepting positions at the same small consulting firm based out of Alexandria.  The firm was then acquired by Sequoia Software, which in turn was acquired by a larger corporation called Citrix Systems, a firm specializing in the development of enterprise virtualization software.

Joe shot up the ranks at Citrix, yet he soon realized that the corporate environment of larger enterprises was not his style.  He decided to leave the technology titan but couldn’t shake his attention from the looming void he foresaw in the marketplace.  One evening in 2002, he invited Chong, Steve, and Terrill to a meeting in his home in Burke, Virginia, and set out his proposal for Accelera Solutions.  A week later, each man wrote a check for a thousand dollars and deposited it into a business bank account, marking the birth of the company.  “It’s been an interesting journey since then,” says Joe with a smile.

Accelera started as a consulting firm focused solely in virtualization technology and solutions, providing the secure remote access, telework solutions, and application centralization or virtualization that allows people to access enterprise applications via small and inexpensive computers that have nothing actually loaded on them.  These computers therefore require very little maintenance—what the industry terms thin client technology.  Because it eliminates the need for maintenance, thin client technology dramatically reduces the total cost of ownership of IT infrastructure.  “Armed with this concept, along with some intellectual property and knowledge we had developed through working in the space for other customers, we went out espousing the benefits of virtualization and looking for business,” Joe reports.

If one could turn back the hands of time and ask those four young friends what the future would hold for them, none could have predicted the formation and subsequent flourishing of Accelera.  “To a certain extent, the launching of the business was happenstance,” Joe reports.  “We all happened to be in the same place at the same time, both geographically and in life.”  None of them were married or had any kids, and when the opportunity came along, they realized that it might be their only chance to take such a risk before family responsibilities began to pile on.  The four young, single homeowners decided to give it a shot, trusting in Joe’s vision and willing to take a leap of faith.  “We’re happy now that we did,” Joe confirms.

As a consulting firm, Accelera spent its fledgling months focused solely on software implementation and support.  When customers wanted to purchase the software product itself, Joe and his team would direct them toward other organizations like Citrix.  Within a year and a half of opening its doors, however, more and more clients said they’d like to buy both the product and the service directly from Accelera.  With that, the consulting firm signed up as a technology reseller with Citrix, and within three years, they had earned platinum partner status, distinguishing themselves among the manufacturer’s most valuable resellers.  Within four years, they had earned the title of North American Partner of the Year, and within five, they had already surpassed companies who had been in that line of work for over a decade.

Serving as a consulting firm as well as a reseller has not only allowed Accelera to provide a wider range of services to its customers, but has also been a major stepping stone in securing its position as a leader in virtualization technology in the D.C. metropolitan area.  “Our goal was to have a really strong relationship with the manufacturer, but even if you’re the greatest consulting firm in the world, manufacturers have very little time for you unless you’re actually influencing or selling their technologies,” Joe explains.  “We realized that if we didn’t post some numbers and do some good revenue for them, then we’d be just like all the other partners out there, and we just weren’t satisfied with that.  We wanted to be able to offer more to our customers.”

Who exactly are these customers?  65 percent of Accelera’s business is done in the Federal government space in support of both the Department of Defense and civilian agencies.  The remaining chunk lies primarily in the commercial enterprise, with a final five to seven percent falling in the public sector, including state and local governments.

Joe, Chong, Steve, and Terrill have always had a strong foundation of trust between them, and this trust seems to transmit seamlessly into their customer relationships as well.  “We’ve always been really good at earning the trust of our customers and implementing solutions that really save people money and increase efficiencies,” Joe observes.  “It’s what we hang our hats on.  Even in poor economic times, people want to listen when you say you can save them money on IT, which is typically the biggest expense in any organization.  So it makes sense, then, that our message resonates well with most folks.”

Accelera now has over 80 employees, and their satisfaction and wellbeing are among Joe’s highest priorities.  “I’m most proud that we are able to give everyone in our organization a great place to work, a sense of family, and a sense of stability,” he explains.  “Our leadership team understands that every decision we make affects our employees, and so the process is very personal to us.”

Joe aims to lead by example by working hard and welcoming any duty, meaningful or trivial, that comes his way.  “I dread red tape and bureaucracy,” he says.  “It is important to me to make decisions rapidly and move constantly because this keeps us at the front of the pack.  If you over analyze, you quickly fall behind.  I’m more of a free-form thinker.”

This effective free-form thinking paired with an impeccable work ethic perhaps stem from his childhood days, when his father would turn any common household chore into a job that corresponded to some form of compensation.  “My father did this to help me understand that results and rewards follow accomplishments,” Joe explains.  “My parents were both extremely hard workers, and I definitely absorbed that trait from them.”

His father’s early lessons in cause and effect sparked an entrepreneurial flame in young Joe that transformed the terrain of his days and experience, as he was constantly mowing lawns, helping friends fix their bikes, or performing odd jobs around the neighborhood and then asking others if they needed similar services.  “I was always anxious to take an ideal or opportunity and figure out how I could make it lucrative,” he remembers.  “If one neighbor needed help spring cleaning, odds were that others could use that service as well, and I would pursue that.  I liked work—it was not so much about money, but more about accomplishing the goal.  Money comes and goes, but finding that next opportunity was what drove me and really interested me.”  Joe was also compelled by the acquisition of knowledge, as the odd jobs he engaged in almost always resulted in the development of a new interpersonal skill or expertise that he wouldn’t have acquired otherwise.

In advising young entrepreneurs entering the business world today, Joe stresses the importance of geography when it comes to accessing opportunity. “If you’re from a small town and you’re looking for a career without ceilings, move someplace where there’s a thriving economy,” he urges. “I’ve known so many smart people who will never have the opportunities that will truly stretch their abilities because they’ll always stay in the same small town they grew up in. Don’t be afraid to make the move and chase your dream to some crazy location if you have to.”

Beyond location, Joe explains the importance of feeling out a career that truly accesses one’s skill set.  “Look beyond the traditional boundaries that are put in front of you and try to figure out what fits your personality and strengths best,” he suggests.  “Don’t be constrained by traditional job types, but try to imagine the future opportunities in your chosen field that might not exist yet.  Look for industries at the brink of blossoming, or industries that have some long-term growth pattern,” he continues.

In examining Accelera’s history and success, we readily see these words brought to life in Joe’s own ability to forecast the coming trends in the technology industry, and his willingness to take risks has translated this ability into a legacy that is tangible, compelling, and evolving.  His nuanced understanding of how technology and markets work in tandem are what brought Accelera to where it is today, and they will certainly keep the organization poised at the forefront of its industry in years to come.