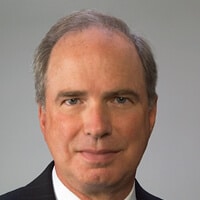 The Business Benefits of Life Balance

Since the recent economic downturn first began its desecration the American job market, the traditional recipe for success has undergone an ambiguous transformation.  Bigger is now sometimes synonymous with better, and young entrepreneurs entering an ultra-competitive global marketplace are often led to believe that working 24/7 is the only way to stay ahead.  Even the field of law, so competitive even in a healthy economy, hasn’t been immune to these rising stakes, and most young lawyers enter the field today with the understanding that they’ll need to check their personal lives at the door.  Bill Barton, however, resolved to blaze a different kind of trail when he founded Barton Baker Thomas & Tolle LLP.  His success—unique in that it spans both the professional and personal spheres—shows that, especially in today’s market, it pays to live a balanced life.

Bill’s father, a prominent labor lawyer in the DC metro area, served as general counsel to the US Chamber of Commerce and retired at age 65 to open his own law firm, where he practiced for the following three decades.  His excellent passion, diligence, and commitment were an example to Bill throughout his formative years.  Due in part to the effects of this role model and in part to his own inner aspirations, Bill himself was no stranger to hard work.  “I was raised in a home with a very healthy respect for education, self-reliance, and strong work ethic,” he recalls now.  “Thus, summers were not for leisure, but for work or summer school.”

In accordance with this principle, Bill spent several summers working in construction, as those were the main jobs that were available.  “My summer jobs were educations in themselves and were a great way for me to realize what I didn’t want to spend the rest of my life doing,” he remarks.  “When you earn your living by working long days in the sweltering heat, you begin to equate all your expenses with the number of hours out in the heat that it would take you to earn a given sum.  Comparatively speaking, higher education definitely seemed like a better route to take.”

Though he and his parents discussed private school options, Bill ultimately elected to remain in public school because he felt that it would expose him to a more diverse group of people.  “I also felt that it was a place where you learned to negotiate your way through situations and conflicts,” he continues, touching on a skill that has become invaluable to his profession as an attorney.  Despite this hint of foresight, however, Bill didn’t decide to go to law school until his junior year of college at Ohio Wesleyan University.  “My father never put pressure on me to become a lawyer, but it was certainly advantageous to be able to observe the profession firsthand through him,” Bill points out.  “It gave me a clear snapshot of what I could expect, both good and bad.”

Graduating from college in the midst of the Vietnam War era, he didn’t have the luxury of taking the extra time to reflect on his career path that has become a common fixture in the path of today’s youth.  “A lot of us were under the gun with the draft, so you had to make these decisions pretty quickly,” he remembers.  “You had to get focused immediately, but I think that was a good thing.  I don’t regret the decision to go to law school at all.”

Having undergone the Reserve Officer’s Training Corps (ROTC) and deferred his four-year commitment so he could attend law school, Bill earned his JD from American University and then began his term of service on Air Force active duty as a Judge Advocate Generals Corps (JAG) officer, later staying on for an extra year of service after the term’s completion.  “It was a tremendous experience, and especially suited to me in that I wasn’t ready to spend six days a week in an office billing two thousand plus hours right after law school,” he says.  His thirst for travel and worldly experience was satiated when he was sent to California and then to Thailand, where he had the opportunity to try a plethora of court-martial cases and travel throughout Asia.  He then spent the last two and a half years of his service in Florida, where he cultivated a sweeping knowledge of Air Force Systems Command and government contract work.  “They basically threw me in and said, ‘Okay, you’re our contracts guy,’ and that started my career in government contracts,” he laughs.

When Bill emerged from the Air Force, he returned to the DC metro area after realizing that he would need to live in a large city if he wanted to engage in the kind of sophisticated legal work he had set his sights on.  He noticed that the Navy was doing most of its procurement work through civilians rather than through uniformed services, and a huge backlog of claims had built up during the ship building boom of the Reagan years.  They were looking for experienced lawyers to help with the headache, and Bill signed on for three years in the Navy General Counsel’s office, where he tried massive shipbuilding claims.  This experience introduced him to the premiere government contract firms in the country against whom he litigated massive shipbuilding claims.

After being promoted to Deputy Associate General Counsel, he decided it was time to enter private practice and accepted a position with a firm specializing in government contracts and energy work.  Several years later, he transitioned over to a large general practice firm that focused heavily on litigation, where he learned the ways of the big corporate firm.  “All of those experiences furnished a great background for my next step, which was starting my own firm,” says Bill.  “If you’re going to start your own business, you should know that business pretty well, and for service industries, it’s especially helpful to have the contacts that only experience can produce.  You should have some idea of where the work is going to come from and how you’re going to put it together.”

Armed with that knowledge and those contacts, Bill launched Barton Baker Thomas & Tolle with one other partner in 1984.  Both had spent time working for large law firms, and both wanted something more out of life.  “Our feeling was that there was a better way to practice law than the way that large firms were doing it, which tended toward the impersonal,” Bill explains.  The firm was launched with a niche focus of representing government contractors, and it remains true to that niche today.  “We don’t try to be all things to all people, but instead stay within the two core areas of government contracts practice and corporate transactional work, which encompasses maintenance, reorganization, and finance,” he says.  “Still, this corporate work is done primarily within the government contract community.  Understanding the business and due diligence, we’re a good fit for government contractors who want to either sell or buy a company.”

Like most lawyers, the partners at Bill’s firm are on call 24/7.  They do most of their work personally because they feel it’s the most effective and efficient way to deliver their services to clients, and because these clients rely on them, they are devoutly committed to producing the best value and service possible.  Unlike most lawyers, however, these partners also value their private time, striving to strike a work-life balance that allows personal endeavors, family time, and hobbies to coexist with top-notch legal services.

Many big law firms would view this balanced perspective as uneconomical because it endorses activities that do not contribute directly to the business’s bottom line, yet Bill understands that, especially in today’s tough economy, being well-rounded is a pivotal component to any successful business model.  “So much of what we do, especially in a services industry like law, is dealing with people,” he emphasizes.  “Candidates may be smart, but if you aren’t a people person and can’t relate well with others, you’re at a major disadvantage.”

With this in mind, Bill is a strong believer that bigger is not necessarily better.  With five full-time professionals and two of counsel, his firm has never vacillated over eleven attorneys.  “Maintaining a manageable-sized practice is at the heart of our core values, and it’s what allows us to keep the intimate client relationships that make us so unique,” he points out.

Placing a premium on work-life balance not only preserves valuable time to foster strong attorney-client relationships, but also allows these attorneys to cultivate strong and well-rounded interests that are then used to enforce these relationships further.  “My clients understand and appreciate the fact that I’m not one-dimensional,” Bill points out.  “I like to travel, play tennis, play golf, and paint, among other things.  One of our clients is a world-class fencer, while another is a ranked USTA player who participates in tournaments all over the country.  We all have lives outside of law, and a lot of our clients share these same interests.  We can relate to one another, building stronger and more genuine ties.”

Bill readily admits that he could be making more money as a senior partner at a mega firm, but at what cost?  “In addition to the gift of great relationships with clients, working at a firm like Barton Baker Thomas & Tolle also grants the gift of great relationships with family and friends,” Bill explains.  “I’ve been married to the same woman for over forty years, and we have a great relationship.  I participated in my son’s little league and was a big part of his life growing up.  Sure, we all want comfortable lives, but it comes down to what you’re willing to give up to enjoy life.  I don’t think anyone ever grows old and wishes they had spent more time in the office.”

In advising young entrepreneurs entering the business world today, Bill emphasizes the importance of education and self-reliance, advocating for graduate school as a good way to further distinguish oneself.  “Not everyone lands a dream job the first time around, but you can learn something from any situation,” he says.  “It’s important to have a good attitude and to make the most out of every experience, and your superiors will notice and appreciate that.”

Beyond this, he stresses the importance of swimming against the current of depersonalization that seems to be sweeping across all industries.  “We try to distinguish ourselves by retaining that traditional culture of professionalism, devotion, and personal commitment, and people like that,” says Bill.  Pairing a studious work ethic with a studious life ethic in this manner yields a balance that is at once practical and profitable, ambitious and wise.