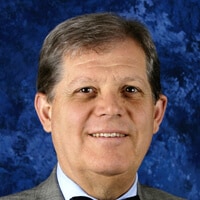 A Fresh Dose of Old-Fashioned Values

“When I was young, I always thought lawyers sat around in libraries, reading and smoking pipes,” laughs Edward John Allera.  Now the Co-Managing partner of the D.C. and San Diego offices of Buchanan Ingersoll & Rooney, he himself is living proof that this popular mental caricature couldn’t be further from the truth.  “Success is a 24/7 business,” he emphasizes.  “It’s all about going out there and meeting people, learning all you can and listening to see how you might build partnerships with clients and associates that prove tremendously valuable to all parties involved.”  Having worked in a steel mill and an antifreeze canning plant in his youth and learning from the example of his parents’ hard unwavering work ethic, Ed reminds us that when one genuinely enjoys one’s profession, this kind of 24/7 work can feel less like labor and more like fun.

Buchanan Ingersoll & Rooney is a general service law firm of over 400 attorneys and government relations professionals serving primarily the East Coast, save for the San Diego location that Ed oversees.  Initiated in Pittsburgh in the mid 1800’s, it has since opened offices in New York, Philadelphia, Princeton, Harrisburg, Tampa, Miami, San Diego, and Washington, D.C., where Ed currently resides.  Though the D.C. office originated as a tax boutique, its breadth has expanded concurrently with a strong level of expertise in FDA healthcare, government affairs, contracts, and corporate capability.  The firm has 75 patent lawyers in its Alexandria office as well.  These efforts supplement the firm’s nationwide presence, which is focused more on conventional issues like litigation.

The son of a steel worker and a fulltime mother who truly embodied hard work and ethical living, Ed grew up in a family of modest means in a small town in Western Pennsylvania.  After a few brief stints passing out papers as a boy, Ed’s lasting professional journey commenced at age 15, when he first secured a job working in a pharmacy.  He held this position throughout high school and then entered a five-year pharmacy program at West Virginia University.  Upon graduating, he was awarded a prestigious internship at the United States Public Health Service in a Native American hospital in Western New Mexico, where he spent two years immersed in a climate of invaluable post-graduate learning.

With the Vietnam War propelling many of the nation’s top minds into academia, he found himself under the tutelage of elite physicians who truly inspired him to think outside of the box.  It was through this exposure that he first began theorizing about the impending role the federal government would play in healthcare, determining that law school would be a prudent next step for his future career path.  “Becoming a small town pharmacist would have been rewarding in itself, but I felt there was something else out there for me,” he explains.

While working through Georgetown Law School, Ed recalls one particularly remarkable professor who noted his uniquely blended background of science and law and advised him in pursuing a career with the FDA.  “I’m forever indebted to that professor for his guidance,” Ed reflects now.  Heeding this advice, he accepted a position as Associate Chief of Counsel with the FDA upon receiving his law degree and spent over four stimulating years in that capacity until he decided it was time to evolve further.  A contemporary offered him a position as the first associate at his fledgling FDA law boutique, and the pair built up the practice before eventually joining what, at the time, was the largest bankruptcy firm in the area.

When that firm suddenly went under in 1987, Ed saw it as a tremendous learning experience that came at a time when he could still afford to make big mistakes.  “That was the only decision I ever made in my life solely for money,” he reflects now.  “You simply can’t do that.  You have to look at the platform, at where you want to go, and with whom you want to build your team.  I learned that if you’re making the decision for money, it’s the wrong decision.”

After freeing themselves from the wreckage, Ed and his group decided to seek haven on the other end of the spectrum and aimed to join the most conservative law firm they could find.  They spent the following seven years in a very traditional Cleveland-based firm until Ed began considering a transition to something with a different culture and a broad national reach.  “Buchanan Ingersoll & Rooney had a very Midwestern company culture, and I’m a very Midwestern kind of guy,” Ed says.  After joining the firm, its Washington office went from 25 to 60 attorneys, and his book of business expanded accordingly.  “Finding the right platform is the most important thing,” he explains.  “Then it becomes finding the right people to form the right team to work on that platform.  You’re always stronger as part of a team,” he emphasizes.  “Every lawyer’s going to have one or two bad years, but with a diverse group, you have a self-vetted balance; an internal continuity plan.”

With this formula for success leveraged firmly throughout his approach, Ed became managing partner in 2004 after cultivating the most extensive book of business in the office.  Also responsible for running the FDA practice and drawing new business, he now spends his days meeting with associates and colleagues with a focus on follow-up, delegation, and business development.  Despite the constant influx of new information to read and absorb, Ed’s passion for healthcare and FDA law never falters, which give him the inexhaustible passion for the industry that lends his expertise such potency.  “I have always been blessed with good and abundant energy,” he remarks.  “My innate interest in the subject matter of my work only exacerbates this vigor.”

This innate interest expresses itself not only in a rare depth of familiarity with his craft, but also in a rare gift at attracting new clients and furthering the firm’s development initiatives.  “Lawyers always talk too much and listen too little,” he remarks.  With this philosophy in mind, he focuses on the importance of hearing what others have to say.  This openness fosters a sense of collaboration and affords Ed the insight he needs to acutely and effectively assess the needs of a potential client or business partner and gauge how Buchanan Ingersoll & Rooney might address those needs.  “Business development for attorneys is a learned skill,” he emphasizes.  “You have to go out and talk to people and show them your value.”

The importance of listening manifests itself not only in Ed’s attitude toward business development, but also in his management philosophy and leadership style.  “I’ve certainly made mistakes along the way, but a friend and mentor who teaches leadership at West Point really drove home the importance of leadership in four directions,” he explains.  “In order to accomplish this, you must always be cognizant and listen to the people above you, the people below you, your peers, and yourself.”  Practicing this kind of leadership has allowed Ed to build the kind of team he had hoped to build, developing quality people with enduring integrity and fidelity.

Through the art of listening, one is truly able to grasp what is expected of them—a skill that Ed defines as among the most important that young entrepreneurs can have and cultivate as they enter the workforce today.  “Know what is expected of you,” he urges.  “Every law firm and every employer has a requirement.  Know what these goals are and meet them.”  He also expresses the paramount importance of building a comprehensive and deeply entrenched knowledge base of one’s industry.  “Once you’ve picked your specialty, learn it.  Devour everything.  Find out what the industry leaders are reading and read the same thing,” he adds.

With so many accomplishments already secured, what comes next for Edward John Allera as he continues fashioning his own unique imprint on the face of healthcare law?  “I’d like to see the firm grow in any administrative practice in Washington,” he remarks.  As the current climate finds many Washington firms linking with corporate New York firms to cement and drive deal orientation, competition in the industry is at an all-time high.  “Washington was built on the Federal government, so we’ll continue our focus of administrative law, government contracts, and government affairs, with an emphasis on building up our administrative law practice,” he describes.  Conversely, he envisions the addition of more corporate and litigation capability for the firm’s San Diego branch.

With a wonderful family and a solid core from which to work, Ed’s future also promises the furthering of a personal legacy that promotes the enduring values that have led him to where he is today.  “I feel that what I will ultimately be most proud of in my life is still around the corner,” he remarks.  “I worry about the future of law firms as they continue to trend towards quantity over quality.  They’re losing the emphasis on collegiality that I find so important, and I hope to promote this collegiality through my own practice.”

In a word, one can classify Ed as old-fashioned, but he wields this quality to restore a human element to the industry and the kind of resolute work ethic that is so sorely lacking in today’s professional environment.  Ever a straight arrow as he works to further the intersection of science and law, his example reminds us that timeless concepts like true listening, solid integrity, and the fostering of strong working relationships are just as important in today’s business environment as they were in the past, bringing lasting success to those with the wisdom to put them into practice.