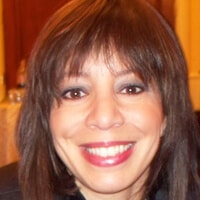 Those That Never Give Up

In 2001, already a 14-year veteran of the federal procurement arena, Diana Dibble was primed for a new beginning. She and her future business partner Molly Gimmel would resign from their positions at Deloitte and Touche at the end of the business day to found Design To Delivery Inc, or D2DInc, a small firm specializing in procurement support services for government contractors. Diana had a strong history in government contracting services, expertise, knowledge, and a pool of promised and potential clients. The date was September 10.

“We all know what happened the next day,” says Diana. “The world was losing its mind. My mom said, ‘The whole world is falling apart, and you just left your job.’ I had a thousand dollar a month mortgage and a day-old government contracting start-up in an environment of serious uncertainty.” Still, Diana wasn’t concerned. For those that never give up, failure doesn’t have a chance to appear on the horizon.

Indeed, she had good reason to be confident. She had a firm grasp of the ebb and flow of demand from the government for contracting services, and how the timing of world events such as geopolitical conflicts and the transition into a new presidential administration affected that demand. Connecting defense contractors to the Department of Defense was one of many specialties at D2DInc, and they immersed themselves in that sector.

There was another reason D2DInc was able to succeed in volatile times, why it was from its inception well-positioned in terms of its client-base, and why it is still today driven to be a market leader in government contracting services. There may have been no marketing performed before the foundation of the firm on September 10th, but Diana and this industry go way back.

Diana’s first experience with government contracting was while working for a uniform contractor, R&R Uniforms, in the late 80s. “I was an admin (administrative assistant),” Diana says with a laugh. She was also pursuing her MBA at night school, her previous experience being a BFA in musical theatre from Syracuse University and in a retail buying office for Garfinkel’s. The uniform contractor loved that Diana had retail experience, and it wasn’t long before her boss gave her the opportunity to bid her first contract, solo. She quickly took the initiative to bid on janitorial uniforms solicitation, a $90 thousand contract.  She won. According to Diana, the feeling of that first big win was “dangerous,” and she was immediately hooked.

“I liked this winning stuff,” Diana recalls. “It was fun.” Her boss at R&R was an ex-government employee person and she was willing to share her knowledge with Diana. She was the first of several mentors from diverse contracting backgrounds that set off this mad dash of Diana’s that has yet to slacken as she continues to learn and master the entire territory of government contracting.

“The people I’ve worked with over the years have been amazing and really willing to share,” Diana says, and not just about contracting. “I was listening to anything they were willing to show me how to do,” she continues. She was able to serve as a Facility Security Officer, get a clearance, and learn about those security protocols; she worked as director of human resources and took classes on the logistics and legalities of hiring and firing; she learned how to price contracts by working with that company’s CFO; she even made sure to understand such office infrastructures as servers and network connections. “I would not be where I am today if people hadn’t been willing to help me,” she says now.

It is precisely this inner recognition of how much help she’s received that drives her to give back today. In fact, D2DInc has a strong internship program that has even led to full-time hires. “We try to bring interns in and give them opportunities,” she says. While most people think of internships as answering the phone and fetching coffee, interning at D2DInc is far from that. “When an intern comes to us, we have them helping us with doing work for our own business development activities and reviewing our proposals,” Diana explains. In this way, D2DInc not only contributes to those eager to learn, like Diana herself was, but also benefits the firm in a real and meaningful way. D2DInc also hires young people directly out of college and trains them, filling a need at the firm while providing opportunities. “I learned to do this because I experienced how pivotal this help can be, first at R&R and then everywhere else,” she explains.

After a year at the uniform company and then taking a year off for full-time MBA studies, she was hired in 1990 as an administrative assistant for Pepsi-Cola of Washington, DC, but was quickly promoted to marketing/ public relations/special events manager. After that, she accepted a position at Shepard-Patterson where she worked for almost three and a half years until 1995, once again wearing many hats and supporting multiple departments. It was around this time, in 1994, that she started her first company part-time. Later name dCUBED (after her initials—her first married name was Duke), she went full-time with the endeavor in 1996 after being laid off from a marketing support director position. She then put dCUBED on hold for a year when she went to work for Deloitte, later bringing it back into the spotlight and merging it with D2DInc after that enterprise was launched.

According to Diana, it is this diversely practical education that allows her and D2DInc to not merely specialize in narrow bands of the procurement process, but to offer a start-to-finish service that is atypical for her firm’s size, with unrivaled know-how.  “Well, my education and Molly,” she corrects herself.

Diana first met Molly Gimmel at Deloitte in 2000, and from the beginning they knew how well they could work together, seeing eye-to-eye on everything from government contracts to the value of hard work. Friends and colleagues have commented about Diana and Molly that they owe some of their success as a partnership to their gender. Whether that’s true or not, Diana laughs, “We work things out instead of going out back and beating the crap out of each other.”

“Between Molly and me,” she says, “we know just about everything in this business.” Molly’s a Generation Xer, but Diana accepts her as an honorary fellow-boomer. “She has boomer qualities,” she says. “She’s in the club.”

An orthodox Jew, Diana says that God has been the most influential force in her life, and she believes that her strong ethical foundation provides a firm basis for her personal success. “Even as a young child, that’s been something very important to me,” she says. “I base how I deal with people on values I’ve taken from a religious perspective, like being fair and ethical.” When things aren’t going right, she explains, it is through her faith that she can take a personal inventory, discover herself, and get that wake-up call to take a step back and address the problem.

This ethical grounding has also directly contributed to the wellbeing of her business.  “Sometimes we’ve said to a client, ‘Don’t bid on something, because you can’t win it,’ knowing that’s something out of our pocket, but knowing still more that it’s the right thing to do,” Diana affirms. Clients respond to that, but she emphasizes that her philosophy is not necessarily a business strategy. “We do what we think is right,” she says, “and we do what will help our clients the most, and that comes back to benefit us.” Thanks to this mindset, Diana has few regrets, and she believes the greatest times for D2DInc are yet to come.

These good times will certainly be optimized by the many lessons Diana and Molly have learned so far, especially in terms of personnel management. “I do think we were reluctant to lay anyone off at the downturn, and that cost us financially,” Diana acknowledges.  She saw a need to keep the team intact and had plenty of business pending, but she admits now that in some cases it would have been better for the company and often for the employees themselves for them to adjust the size of the enterprise appropriate to the economic climate. “After all,” Diana says, “if the company suffers and can’t sustain the same number of people, whom am I really benefiting by keeping us at that level of personnel?”

Looking back at D2DInc’s history not only inspires lessons, however, but also marvels.  By Diana’s account, the September 11th attacks and the ensuing changes drastically altered the face of government contracting in America. Ultimately it was a favorable time to start D2DInc, and Diana thinks they have been able to do great work, not just for the success of their own company but also for the security of the country as a whole in doing their part to make their clients successful and carry the economy forward.

“There are many small businesses in defense contracting who perhaps wouldn’t have been able to get into the industry if we hadn’t had the opportunity to work with them and help those companies respond to what was suddenly happening in the world,” Diana says. “In that sense, we had a hand in helping our country be safe and are very grateful to have been able to give back in such a meaningful way.”

With a firm grasp on the historical context within which they find themselves, Diana, Molly and their team are now on the lookout for the next role they’ll assume as a market leader. “We have a great uniqueness in that we are relatively small, and yet we offer complete start-to-finish support in an industry that can overly fragment the procurement process,” she points out.  Diana’s current challenge expands even beyond the boundaries of the business to include other opportunities she hopes to optimize as well, such as completing the writing of the book on government contracting that she’s been working on for a few years now. “I have several sections written,” she says. “It’s a challenge to keep up with changing regulations and the breakneck-pace work environment we keep going on around here, but I am constantly having new ideas and I’d like to get them all down in a way that is relevant to people.”

Until then, she’s chasing after her next great decision and not focused on limiting herself to any set legacy just yet. “I care about my family, my husband’s children and my grandchildren. They’re my legacy,” she affirms. “I’m proud that Molly and I have kept our business together through this downturn, and despite some moments of real uncertainty, we have really stood up to it and kept this going. That is what I’m most proud of. That we refuse to give up.”