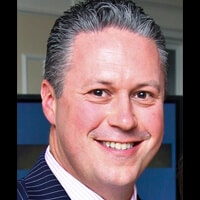 It's About The Experience

If one of the basic tenets of business success is to find a need and fill it, David Keuhner is right on point. As founder and Chief Executive Officer of Destination Cellars, he has created a business that fills a void in the hospitality industry – a void that Keuhner personally experienced.

“We had a love of wine and one of the places that I always wanted to visit was Bordeaux,” Keuhner reveals.

Keuhner began contacting various wineries in Bordeaux to see if he could create an experience for himself to visit the chateaus and meet the winemakers. “I wanted to gain access. It’s like getting courtside seats to a sports game. If you could gain access to Chateau Lafite-Rothschild (regarded as one of the world’s greatest clarets) what would those walls say?”

The task proved considerably daunting. Many of his emails were not responded to and when they were, the first question was usually “Who are you?” Keuhner also searched for a company that could arrange every aspect of his dream trip, but to no avail. Because of the less than warm response in Bordeaux, Keuhner and his wife focused on wineries in Napa Valley.

It was in the mid-90’s when Keuhner and his wife first experienced what Destination Cellars now regularly offers its clients: opportunities to meet directly with winemakers, have private dinners at chateaus and purchase wine that may not be available to the public. Out of his own desire for a one-of-a-kind trip to a winery, he has built a business providing access to the world of wine and created similar memorable experiences for his clients.

“Destination Cellars provides a completely customized service. We help our clients put the pieces of the puzzle together,” states Keuhner, “If it has to do with the world of wine, we can help”.

The services that Destination Cellars offers are designed to meet the needs of organizational and individual clients. The first service is wine experiential travel, where customers can have private visits to over 175 wineries in 10 countries around the world. A high level of careful attention is given to clients seeking wine experiential services.

“Because everybody is different, we find out what our clients really want to get out of their trip. Some are more interested in cooking with wine, some want to taste a variety of wines and some want to learn the science behind winemaking. Others simply want to gain access to wineries in order to take in the rich history and culture of the locale.”

The second service offered is helping clients acquire wine. As a licensed retailer, importer and wholesaler, Destination Cellars works directly with winery partners to procure incredible products. “Collecting fine wine ranks up there with collecting art or cars, and it operates along the same principles”, shares Keuhner.

The third service offered is wine event management. Clients hire Destination Cellars to ‘bring the wine to them’ for private social events, business meetings and board retreats.

Keuhner’s interest in travel may have been cultivated by his growing up in a career military family. Both of his grandfathers held high-ranking military positions, one as a Colonel in the Air Force and the other as a Colonel in the Army, while his father was an Army major who served two tours in Viet Nam. As a teen, Keuhner assumed that he would follow in their footsteps, career-wise, but when he shared his plans with his grandfather, Keuhner was surprised when the 32-year veteran said, “You don’t want to do that. That was my choice. You need to go out and create a life of your own.”

It was during this time that Keuhner was first introduced to the world of wine. His uncle was the sommelier for the 21 Club, a renowned restaurant in New York City, which had one of the largest wine cellars in the state. Keuhner relished exploring the wine cellars in the restaurant where they stored bottles belonging to VIP’s, such as President Richard Nixon, and unclaimed bottles that were being stored by U.S. soldiers who intended to share the wine with their children when they became of age. These ‘wine stories’ came alive for him and this piqued Keuhner’s interest in learning more about wine.

After receiving his associate degree in Business, Keuhner held several jobs in the hospitality industry. During his time at Ruth’s Chris Steak House, he rose through the ranks to become the youngest General Manger, overseeing three locations in the DC metro area and bringing in annual sales of $5 million.

Keuhner’s next position was as the head of the regional sales team for JTECH Communications, which provided electronic pager services for restaurants. Keuhner covered the area from Pennsylvania to Florida and the company grew to serve over 75,000 restaurants in the United States. The founder of company, Dave Miller, was like a second father to Keuhner who lost his own father at a young age.

After JTECH Communications, Keuhner was hired as the East Coast Regional Director for Opentable.com, which is now the leading online reservations company in the world and then served as Vice President for Fishbowl, an online marketing agency, where he built the company from start-up to $15 million in sales and from three employees to over 100 in the first five years. Keuhner learned a great deal from working in these entrepreneurial environments, and with his wife’s blessing, he decided to start his own business.

“When we started in 2007, we literally traveled the world. We made all of our agreements with winery partners in person so that we could stand by what we promised our customers. The winery needed to know what kind of experience we wanted for our customers. This was about creating relationships, not talking via email.”

Destination Cellars got off to a good start. Their first sale was $11,850 for arranging a client visit to Bordeaux. Despite the language barrier, the client had an amazing adventure.

Though the market turn in 2008 slowed down the business, Keuhner stayed the course and began to develop connections with organizations that have large numbers of consumers who want to experience the world of wine. Keuhner also launched an online component where member organizations’ clients can have access to specialized wine services.

“The wine industry has grown over the years and is now a $30 billion industry with every state in the US currently producing wine. Last year 140 new wineries were licensed and bonded in the state of Virginia alone and wine sales in the US are the highest in the world (per capita),” says Keuhner, “Wine is becoming a social status, the exclusivity of a product and the social experience that attracts buyers. People want to say ‘I have this in my collection’ or ‘Only 200 cases were made and I have one of them’. In fact, Cornell University now offers a complete wine course for students about to embark into the work world.”

With this tremendous growth and the increasing global interest in wine, Destination Cellars’ future looks bright.

“What’s happening in the wine industry has been pretty exciting to witness,” says Keuhner. “We get to see both sides because we work directly with wineries and the consumer.”

Keuhner’s advice to young people just getting into the work world is simple, ‘Don’t ever give up’. He also suggests a three-prong strategy of determination, dedication and believing in yourself.

“You have to get clear in your own mind that you can do it, that you can succeed. Believe in yourself, whether you want to become a chef, an accountant, or own a business. Learn to set goals for yourself. It can be a simple goal, but you do need to have one.”

Keuhner speaks fondly of the people who have supported him in his personal and professional life. “In addition to my mom and grandparents, a neighbor, Donald, took me under his wing and treated me like a son. Professionally, I try to surround myself with good people and have been strongly influenced by Allen Cage, Justin Wender, and Chad MacDonald (the first investor in Destination Cellars).”

“That’s what motivates me to be successful, and hopefully I will achieve something that I can pass along to my kids. In fact, the best compliment I ever received was on Father’s Day when the Assistant Coach on our baseball team told me ‘You’re the best dad I’ve ever known’. If my kids will think that, I’ve done a good job.”

The importance that David Keuhner places on family, sharing experiences, bringing people together and being passionate about what you enjoy is fully reflected in both his personal and professional life. He set out to create memories for himself and found himself creating memories for others. With David Keuhner, it’s not just travel; it’s about the experience.