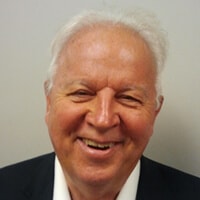 Making a Living through Making a Change

With a heart that was not only heavy, but literally ailing, Randy Schools sighed in the hospital bed where he had spent the past two weeks.  Surburban Hopsital is amongst the best healthcare facilities in the world, yet not even their top-notch physicians could ascertain the proper diagnosis.  Having lost his mother at an early age, Randy now looked over at his father sitting opposite him in the sterile hospital room, his spirit at a loss.

“God,” he said, “if I make it out of this, I’m going to take my life in a different direction.”

It wasn’t that there was anything inherently wrong with working 70-hour weeks as an operations manager at Garfinckel’s, a chain in the DC metro area.  It was just that Randy had always felt in his gut that his life’s work lay somewhere else, and with the whispers of mortality haunting his mind, he prayed he would have a little more time to pursue a path that meant more to him.  If there were a future in store for Randy’s professional accomplishments, it would no longer be enough to make a living.  From that moment onward, Randy vowed he would make a change.

Miraculously, the symptoms of Randy’s mysterious heart condition began to dissipate a week later.  His doctor came in the following Saturday to take him on a jog to assess his strength, and when Randy was at last pronounced healthy enough to be discharged, it seemed as though he had been given the chance he had asked for.  Not only had he received the gift of time, but also the gift of fortuitous direction: before leaving Surburban Hospital, he learned that The National Institutes of Health (NIH), which was right across the street, was looking for someone to fill the general manager vacancy for its Recreation and Welfare Association.  Now that Randy serves not only as the President of that enterprise, but also of NIH Charities, his is a story of finding one’s true path in life and the perseverance it takes to follow it.

NIH has roughly 25,000 employees operating out of its DC, Baltimore, and Montana locations, and its Recreation and Welfare Association serves to boost the morale and quality of life for those individuals by operating gift shops, wellness and fitness programs, and special interest groups like sailing, volleyball, and basketball leagues.  Randy leads a team of 35 employees, and the association generally does between $1.5 and $2 million in revenues annually.

After commencing his career with NIH in 1977, a parent of a patient lost his daughter to cancer and soon approached Randy with the vision of launching a summer camp for children afflicted with the illness.  Randy had gotten his Certified Association Executive credential, which gave him some expertise in founding nonprofits, so they began with a small group of 33 kids from NIH and local hospitals.  The project, called Camp Fantastic, now hosts around 400 children at any given time and operates about 30 programs.

“Working with Tom and Sheila Baker to launch Camp Fantastic was probably one of the best decisions of my life,” Randy affirms now.  “Embarking on the journey to create that first nonprofit was the catalyst to grow other charities.  It was like planting a seed.”  That seed eventually grew into Randy’s next charitable endeavor, called Friends of The Clinical Center, which provides financial assistance to families in distress through short-term assistance such as car or house payments.

This program was then followed by the Children’s Inn, a 55-room facility on the NIH campus providing housing for individuals participating in long-term NIH protocols.  These initiatives were promoted through the charity’s fundraising efforts, which have evolved to include galas and golf tournaments, but the real turning point for NIH Charities came when the CEO of Merck & Co. suddenly got involved by providing funding for the initiatives.  Having been a young doctor at NIH himself and wanting to give back, he was instantly meeting fundraising goals that would have otherwise taken the Charities years to accumulate.

Randy’s role in the creation and facilitation of NIH Charities reflects a commitment to giving back that was forged in his character long ago.  “I can still remember Thanksgivings,” he reflects.  “My Uncle Calvin dined with the family infrequently, but instead spent the holiday working at a homeless shelter.  That was something that really stuck with me as a kid.”

Randy hails from a working class background, and each summer his father would drive him far beyond the streets of Baltimore to watch the Baltimore Colts sweat through their practice training camps at Westminster College. One of his best memories was watching Johnny Unitas and Raymond Berry practice, both of whom later went on to have Hall of Fame careers.  “I remember how they would run sprints between trees, over and over,” he muses.  “I observed how the players who stayed after the ending of the regular practice were the ones who got really good.  It was a powerful, immediate lesson in perseverance.”

This lesson soon proved invaluable when he began his coursework at the University of Baltimore, working 40-hour weeks on top of the 16 credits he took per semester.  He had been no stranger to hard work in the past, having worked as an usher for his Uncle Calvin, who at that time worked in the racehorse industry.  Calvin had been a tremendous role model for young Randy, and a steely work ethic and focus seeped into him throughout his young employment.  He was later hired to work in a men’s clothing store called Websters, and by his senior year of college, he had become the store manager.

Randy graduated from college amidst the upheaval of the Vietnam era and had received his draft notice during his junior year, so he began counterintelligence work along with 48 other young men.  Those 48 were assigned overseas, however, Randy miraculously found himself assigned to the White House, where his work in background investigations soon evolved into special operations.  “They bought me a tuxedo, and I did undercover work,” Randy reports.  “It was great in that I got to meet celebrities and political leaders, but it was rough because you don’t have complete control over your life.  In the mornings I couldn’t just say, ‘Bye honey, see you tonight.’  Instead, it was more like, ‘Bye honey, see you tonight or in a week or who knows when.’  It was very rough on a young marriage.”

It was for these reasons that Randy decided to curb his counterintelligence work and instead commence the career with Garfinckel’s that would cause him to reexamine his life when faced with his heart ailment several years later.  The chain was a good career choice for Randy at the time, but NIH held a unique draw for him.  “Even back then, it was a very international community,” he reflects.  “People from all over the world come to work and research at NIH, and I really thrive on meeting people from different cultures.  This is also true of the patient community.  It’s an education in itself just to be there, and I’m always working with very bright people.”

Randy learned the importance of curiosity and flexibility in the work environment at an early age, but it wasn’t until he commenced his career with NIH that he truly grasped that the best leaders aren’t afraid to relate to their workforce on a level playing field.  “Anyone in a management position must still be willing to dig the trenches, unload a truck, and really be working alongside the people you’re supervising,” Randy points out.  “Never assume you’re better than anyone else, and along those same lines, never assume somebody else is better than you.  Don’t put people up on pedestals, but instead strive to find common ground so you can really work together and make things happen.”

Leveraging this vision has taken Randy far, but it’s actually a different kind of vision that he emphasizes as among the most important ideas when advising young entrepreneurs entering the business world today.  “Try to look not at what the world is like right now, but at what you think it will be like in the next ten to twenty years,” he urges.  “Pursue the skills you forecast will be most relevant, and figure out how to communicate your vision to others so they can have a better life too.”  Beyond this, Randy emphasizes the importance of a renaissance knowledge base in a world that seems to be getting smaller by the day.  “They say that our fathers’ generation grew up in the context of villages, ours is growing up in the context of cities, and our children’s will grow up in the context of the world,” he explains.  “Try to cultivate an independence and a cultural awareness that will keep you competitive, even in this broad domain.”

While Randy’s explicit lessons convey a work environment that is inherently competitive, his own example also stresses the overarching importance of our connections to and responsibility toward one another.  “Despite these tough economic times, I think a better future is possible,” he affirms optimistically.  “The determining factor in whether or not we make it there will be our ability to adopt core values.  Good citizens take care of all members of society, and good corporate citizens with the ability and wherewithal to help others absolutely have a responsibility to do so.  We’re facing a new, all encompassing kind of teamwork now.”