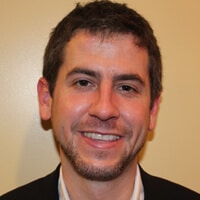 The Transformative Power of Human Capital

11—the number of banks 22-year-old Kris Hart had to interview with before he was granted the loan that would begin translating his business dreams into reality.  36—the number of retail locations the young entrepreneur had to inspect before he found the ideal venue in the Foggy Bottom region of Washington, D.C.  Now the founder and CEO of Hart Strategic Enterprises, Kris’s journey is accented with a dogged determination and creative coping style that refused to take no for an answer.

“Everyone turned me down because I was so young, with no money and no experience,” he remembers.  “It took a year from the day I began developing the business plan to the day we opened our doors.  Even after the loan and the location were taken care of, we still had to secure two investors and lease all the equipment.”  When the fledgling tanning salon opened for business on March 3, 2006, the end of one journey marked the beginning of a long and thrilling road to come.

Founded in 2005, Hart Strategic Enterprises is a parent company that serves as an engine for small business development and growth.  First initiated as one small company with the advent of the tanning salon, the enterprise now manages three businesses and looks for niche opportunities to continue its growth and diversification into virtually any sector.  “It’s essentially a breeding ground to bring together different individuals who might have ideas so they can find innovative ways to fill a void in any kind of market,” Kris explains.

Kris grew up in Bluebell, Pennsylvania, just north of Philadelphia.  His father was a courier for Fedex for 35 years, and his mother raised Kris and his three siblings while trying to start her own business.  His parents divorced when he was nine years old, and as a result, he transferred schools five times between fifth and tenth grade.  It was around this time that the young man first developed an interest in politics, and one night in 1998 while working at a local tavern trying to save up money to buy a car, Congressman John Fox happened to waltz through the door.

With the encouragement of his father, young Kris marched right up to the Representative to ask questions about how he came into his position and, fascinated by the boy’s boldness, Fox asked Kris if he’d like to sit down.  Kris declined, saying that he had to work, but when his boss nodded that it was okay, he accepted.  Fox then invited him to come onboard as an intern in his office the next day and later told him about the Page Program in Washington, D.C.  Though Fox lost the election that year, Kris still applied with the program and moved to Washington soon thereafter.

Later, when Kris was a junior at George Washington University, he served as student body president and, as a result, took a lighter course load so he could focus on his political ambitions.  During his senior year, however, he realized that the unique stress and strain of politics wasn’t what he wanted after all.  “Through my extracurricular activities on campus and throughout the community, I realized that I enjoyed leading a team with a particular vision in mind, exploring innovative concepts as we progress toward a given goal,” he reflects.  “I knew there must be some way to pursue this passion outside the political realm.”

Realizing that going private would allow him to lead in this manner, he decided to take the tremendous risk of leaving college before graduation to focus entirely on the development of his own ideas and business concepts.  “I knew I needed to take my own approach,” he remembers.  “I knew I’d rather write a business plan, marketing strategy, and competition analysis for my own business rather than working on someone else’s.”

And with that, Kris commenced authoring 19 business proposals.  “I love the innovation and art of writing proposals from start to finish,” he gushes.  “It’s like writing the story of a business, complete with imagining the characters that will be needed to tell it.”

The bulk of these proposals, however, were for companies that required over a million dollars in startup costs, as well as expertise and experience.  Determining that he needed to start small with a fairly straightforward business model in order to build capital and repute, he used the internet to research the prospect of opening the tanning salon.  He went in 50/50 with a business partner, and neither took a salary for the first year of operation.  Instead, Kris worked from nine to three at the salon and took a restaurant job at night, while his partner worked a catering job in the mornings and covered the salon from three to nine at night.  With the incessantly long hours and the help of three employees, the business was doing well after its first year, and the two partners were able to keep their loans current with funds to spare, paying off the bulk of the debt within the first three years of operation.

After hiring more employees for the salon, Kris began to consider his next step.  “The next logical transition was something that could serve as a tangential business where we could offer our clients more services,” he says.  Thus, he decided to wield their tremendous location with easy access to George Washington University and downtown D.C., aiming to open a nearby retail location with a full-service spa that would offer manicures, pedicures, UV and spray tanning, facials, waxing, and massages at one location.  “It’s sort of like the Wal-Mart mentality of doing everything across the board in one place,” he explains.  “It truly takes into consideration the needs of our clientele and what we could offer that would make their lives easier.”

When it became clear that Kris and his partner did not see eye to eye on how to proceed, Kris bought him out.  Almost immediately, he negotiated a contract to take on a second retail location, and Relax Spa was born eight weeks later.  After a year of learning the art of running a spa, Kris was then approached by a woman who offered to sell him Foggy Bottom Grocery, which had been a staple of the area since it opened in
1946.

“It’s a constant learning curve,” Kris explains, referring to the range of sectors held under the ever-expanding umbrella of his company.  “With each business adding diversification to our portfolio and escalating in size, the idea was that we were leveraging our revenues to buy bigger businesses.”  Now, with the addition of a sandwich shop to the grocery store, Kris’s portfolio not only extends into the food business, but also exhibits particular emphasis on quality control.  The breadth of these industry sectors, as well, lends more credit in the eyes of future investors.  “Our background demonstrates that our business proposals and capabilities are solid in themselves, even if we don’t have prior experience in a given industry,” Kris says.  “Our history indicates that, even without direct experience, our method is translatable and still holds the key to success.”

So how, exactly, does Hart Strategic Enterprises determine when to launch its next strategic enterprise?  Kris approaches such matters through the utilization of a logical formula that helps him in assessing that perfect moment.  “I use our three operating businesses as a barometer of how we’re doing financially, operationally, and logistically,” he explains.  “Once these indicators match a certain criteria and pass the appropriate litmus test, I’ll begin examining the proposals we have on the backburner to decide which to pull the trigger on.”

When this moment comes, Kris forecasts that the next business on the company’s agenda will be aligned with the bigger concepts that Hart Strategic Enterprises was originally built to pursue.  Such innovative pursuits, however, entail a level of risk that most people find discouraging, and Kris readily acknowledges the potential hazards.  “When you come up with an idea that nobody’s done before, it’s either because it’s so innovative that no one has thought of it yet, or that nobody’s accomplished it because it doesn’t work,” he explains.  “Most often, it’s the latter.”  In order to steer clear of this, Kris draws from a wide range of resources to build a perspective that is maximally informed and, therefore, maximally effective.  “My favorite part of my job is reading newspapers and magazines, studying the market, studying other countries, and staying informed about what people are doing,” he reflects.

Kris also bounces ideas off what he refers to as the company’s “Strategy Team”—a group of six to eight individuals hand-picked for their innovative thinking and groundbreaking perspectives.  The Strategy Team meets every other Wednesday night to discuss business problems, questions, strategy, and analysis.  “My ultimate goal is not to be the head of some multibillion dollar company, but only that we develop the kind of financial and professional leverage to really tackle new challenges, to have the leeway to really run with things, and to grow the company the way we want to grow it,” he reports.

Looking back at his journey thus far, Kris reflects that the best decision he’s made has been the people he surrounds himself with.  “I’m good at identifying my own strengths and weaknesses and then pulling in the right people to complement them and to help run the business,” he remarks.  “I’m always making mental lists of the types of people who would be great to partner with, both now and in the future.  Human capital is the greatest resource my company will ever have because it’s these people that will come up with innovative ideas and strategies, ultimately determining the company’s success.”

Kris not only recognizes the importance of human capital in maintaining his company, but also emphasizes the prominent role it has played in bringing him to where he is today.  Being a student at George Washington University, for example, enabled him to form so many of the connections that have ultimately shaped Hart Strategic Enterprises.  “I met all five of our investors while I was an undergrad, as well as people who have become my landlords, my lawyers, or contacts I know in the Chamber of Commerce,” Kris points out.  “The actual college classes were certainly helpful, but the networking afforded to me through my undergrad experience is what really made the difference.”  Thus, in advising young entrepreneurs entering the business world today, he highlights the importance of seizing every opportunity available.  “Go out, meet as many different people as you can, get involved in a variety of situations, and learn how things work from the inside out,” he says.

Not only is human capital the means for Kris, but also the end goal, the end legacy, and the end source of pride.  Indeed, throughout the immensely rewarding experience of translating a visualized dream onto a piece of paper, and then from a piece of paper to an actual reality, witnessing the effect of this transformative process on the lives of others is among Kris’s greatest motivations.

“You put so much time into something, and then it all pays off on the day you open that business and see how it impacts peoples’ lives through creating jobs and building communities,” he reflects.  “When you’ve had a vision for years and you see the day that you’re able to follow it through to fruition—now that’s a phenomenal feeling.”  Through his steadfast commitment to positive and lasting growth, Hart Strategic Enterprises is sure to continue opening doors to new businesses and new opportunities for many years to come.