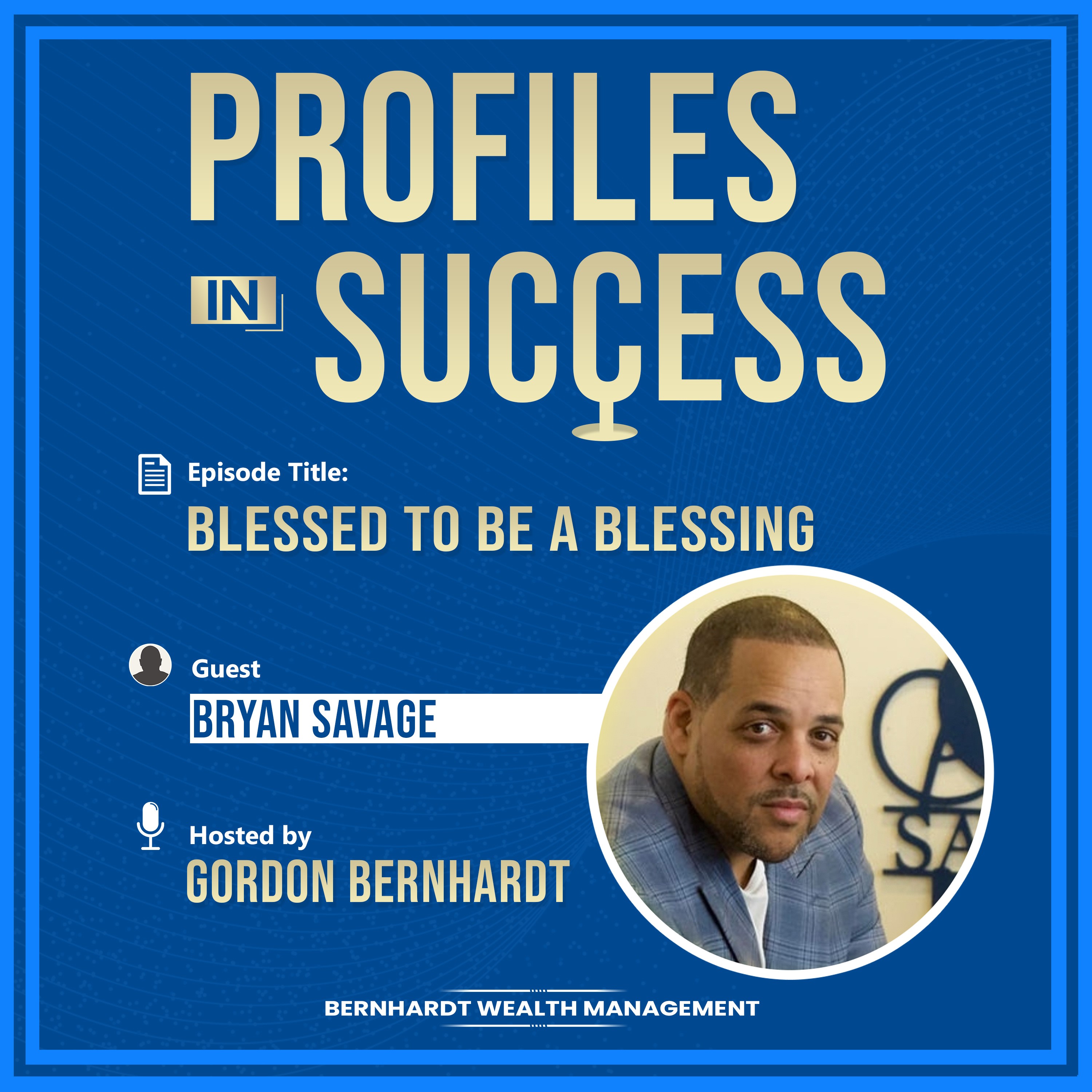 Listen on your preferred podcast player

Blessed To Be A Blessing | Bryan Savage

Originally from, Tarrytown, NY, Bryan is a graduate of Union College, in Schenectady, NY. He earned a BA in Sociology and played football, for the Nationally Ranked Dutchmen, having participated in the 1989 Amos Alonzo Stagg Bowl (Division III National Championship Game) and was selected as the team’s co-captain during his senior year.

An accomplished professional with demonstrated skills in organizational leadership, business planning, relationship management, participatory training, team building, and sales. These skills have been honed over a professional career that spans over 25 years and several industries. But it was never easy. The most difficult challenges for him have been self-esteem and overcoming self-doubt. In his mid-20’s, Bryan took the leap to become an entrepreneur. He was young and didn’t know any better. And at first, things were good. But then, as business took a dip, as nearly all do, he panicked, and the businesses failed. Losing everything he was forced to file for bankruptcy. His self-esteem took a beating, and he questioned and even doubted his calling.

He lost belief in himself, though his confidence and the will to work tirelessly never wavered. He just didn’t think or believe he could accomplish what was necessary to shape and sustain his dad’s legacy as he had envisioned. Overcoming self-loathing thoughts, facing those fears, and realizing that his “why” and the calling on his life, to serve others was far greater than any fear or doubt that attempted to derail him. Knowing, trusting, and believing that walking in his calling was not about himself, but in his gifts, he was blessed with and the calling God has on his life.

In addition to technical expertise, Bryan’s work ethic, emotional intelligence, and commitment to excellence are what has separated him from the pack. He has held a number of roles that helped to sharpen his interpersonal acumen and sales skills, including as retail branch manager for two Fortune 500 Companies. He launched Savage Family Office, LLC, a Licensed Independent Broker, Small Business Consultant Firm to transform the lives of individuals, families, and small business owners nationwide, by providing high-quality products and services that promote peace of mind and confidence. A Servant leader, visionary and experienced trainer, he’s on a mission to inspire and galvanize the ambitions of others, encourage entrepreneurship and investment opportunities, educate and provide resources to small business owners and their families, and achieve results that add the best value that builds happy wealthy communities.

A man of faith, Bryan’s motto is: I’ve been blessed to be a blessing to others. His witty personality, passion to serve and transparency about his life’s wins and losses affords him the ability to connect with others easily. He is married, has three children & currently lives in Maryland. Bryan enjoys bicycle riding, working out, or doing absolutely nothing. He is an active member of Alpha Phi Alpha Fraternity and a die-hard Steelers fan.

Welcome to Profiles In Success!